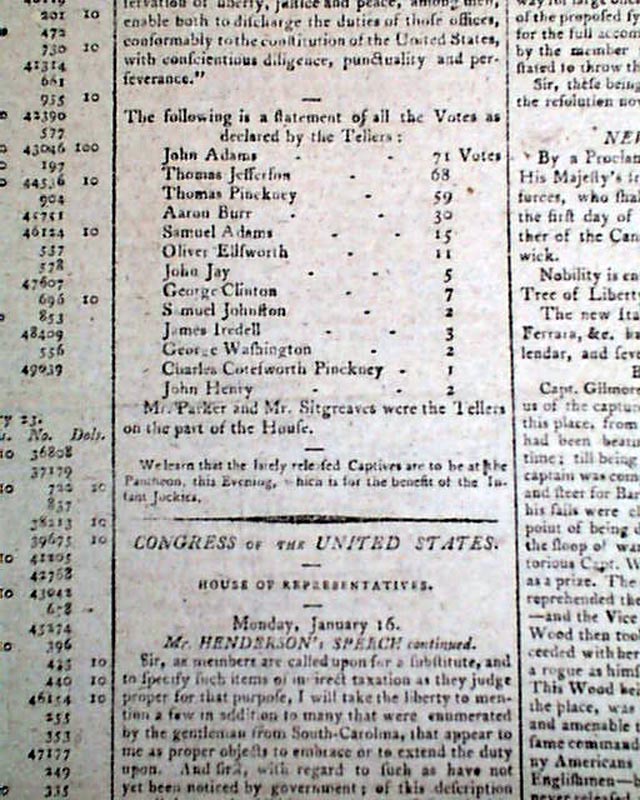 Page 3 has a very notable list headed: "The following is a statement of all the votes as declared by the Tellers:" and what follows are the total electoral votes for President, the highest number won by Adams with 71, Jefferson with 68, and Pinckney with 59. Votes were cast for a total of 13 candidates.
As history proves out this count is the official final count for the election, making this an official final report of America's third election--John Adams is the new President.
Four pages, wide never-trimmed margins, very nice condition.