Home > Back to Search Results > Full text of Washington's Proclamation regarding Spain...
Click image to enlarge 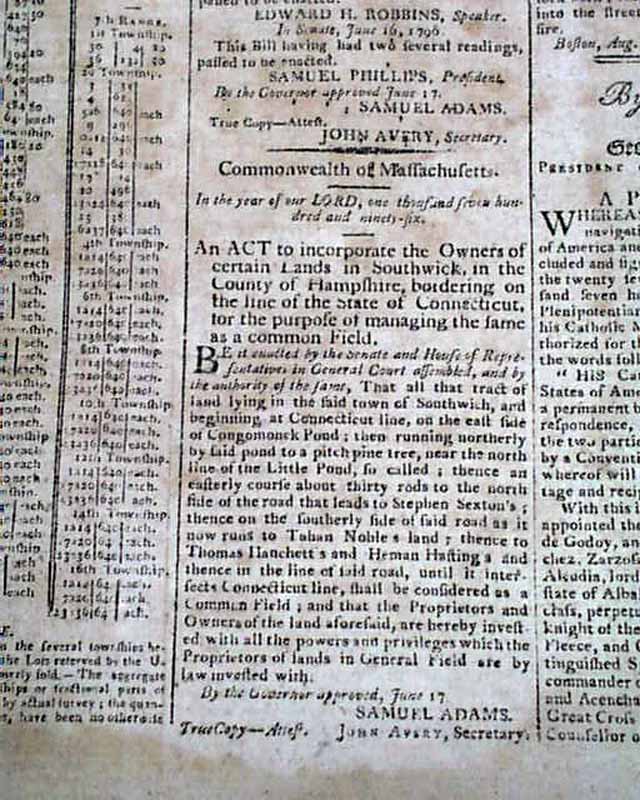 A pair of issues: beginning on the ftpg. of the Aug. 20 issue, carrying over to pg. 2, and concluding on pages 1 and 2 of the Aug. 24 issue is the complete text of the: "PROCLAMATION"  by the President for putting into effect a treaty with Spain. It is signed in script type at its conclusion: Geo. Washington.
This was one of just a few newspapers which occasionally used script type for printed signatures of notable officials.
Each issue is complete in 4 pages, various foxing, irregular to a portion of the right margin affects some ads.