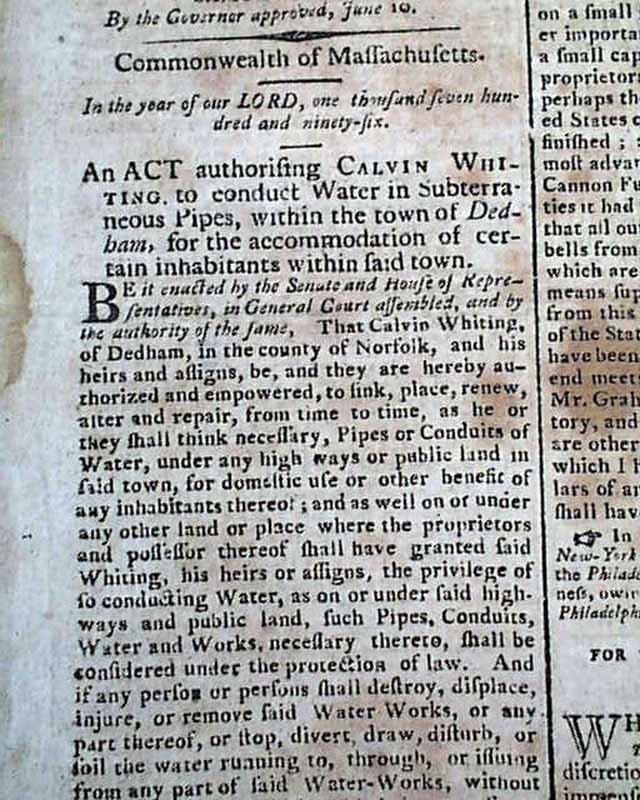 The first column on the front page has an Act of the Mass. Legislature signed in type by: Samuel Adams (stain here affects 4 words). Page 2 has: "French Victory on the Rhine" concerning Buonaparte. Also: "Intercourse With Canada".
Also a brief yet notable report from Philadelphia: "The building of the United States Frigate, now constructing in Southwark, goes on rapidly. Some progress has already been made in planking her."
Four pages, some foxing, the mentioned stain, good condition.