Home > Back to Search Results > Script signature of George Washington on the front page...
Click image to enlarge 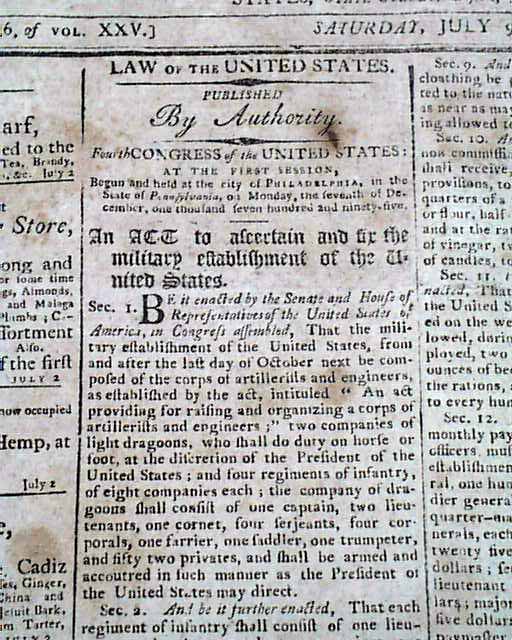 Script signature of George Washington on the front page...

Over half of the front page is taken up with the full text from Congress of: "An ACT to Ascertain & For the Military Establishment of the United States" which is signed in script type by the President: Go. Washington. This was one of very few newspapers which used script type when printing documents or letters from President Washington, making this a displayable issue given its front page presentation.
Four pages, light foxing, nice condition.