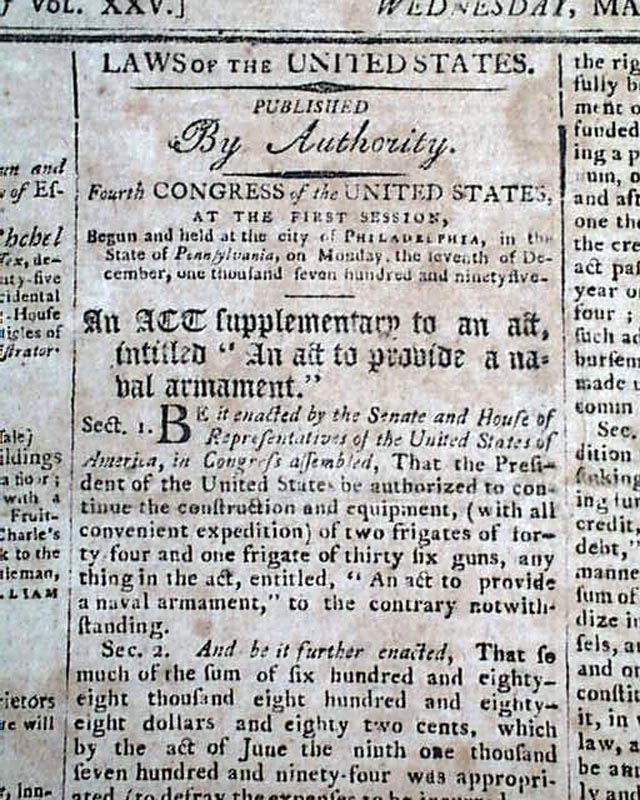 The front page of this newspaper contains not one but two Acts of Congress, with each one signed in script type by the President: Go. Washington, and in block type by the Vice President: John Adams. One of the Acts is a supplement to another "...to provide a naval armament."
This title was one of only very few from Washington's administration which included documents & Acts of Congress featuring a script type signature rather than the more typical block type. Very desirable as such, and much more displayable as can be seen in the photos below.
Also on the ftpg. is an article headed: "Fayette--America's Friend" which carries over to pg. 2.
Four pages, mild foxing, a bit of light damp staining, irregular at a portion of the right margin affects some ads.