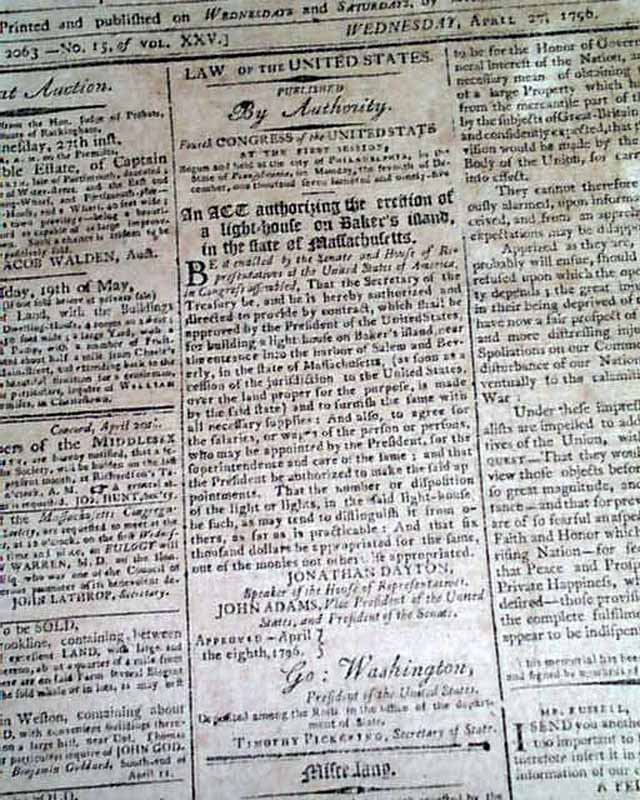 The top half of the front page has an Act of Congress concerning the erection of a lighthouse on Baker's Island in Massachusetts, signed in script type by the President: Go. Washington, and in block type by the Vice President: John Adams. Such script signature documents on the front page are increasingly difficult to find in 18th century American newspapers.
Four pages, a bit irregular at the right margins, good condition.