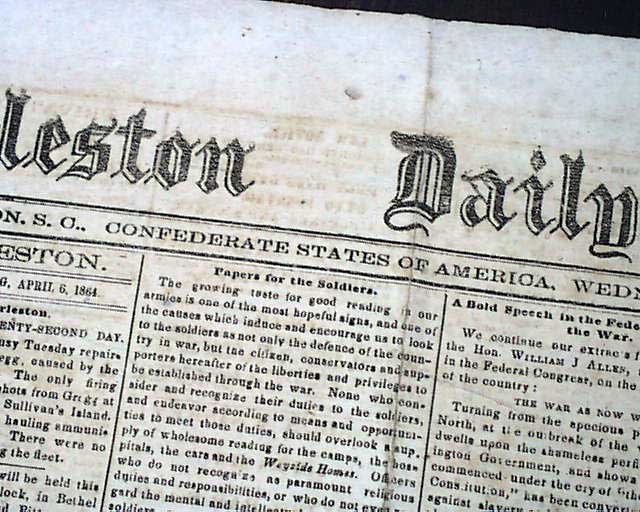 * From the origin of the American Civil War
* re. Abraham Lincoln's amnesty proclamation

This was one of the few newspapers from the Confederacy which printed: "Confederate States of America" within its dateline.
The front page is almost entirely filled with reports concerning the Civil War, with items headed: "From Richmond--Great Rise in the River--Later Northern News" "From Dalton--News From the Front" "Five Dollar Confederate Notes" "Soldier's Enquiry" "Charleston & Its History" "Letter From Gen. Beauregard" which is signed by him in type: G. T. Beauregard; A Bold Speech in the Federal Congress on the War--Lincoln's Amnesty Proclamation Even Laughed At" and more.
The back page is mostly taken up with ads but it does have: "Confederate Prospects" and a bit more. A bit irregular at the right margin, nice condition.