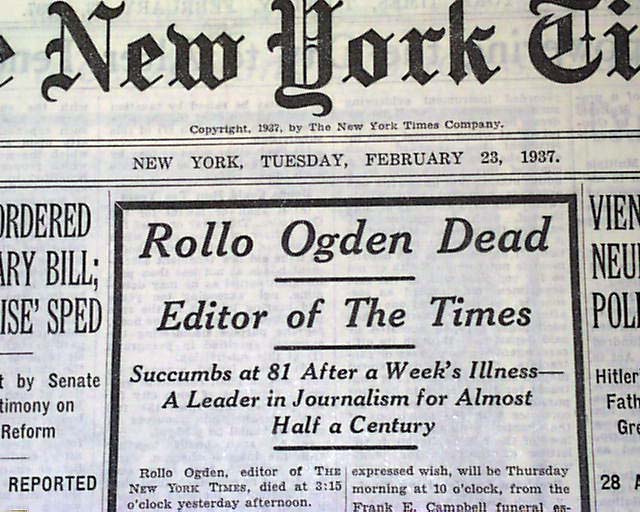 * Rollo Ogden death (1st report)
* Editor of the New York Times
* Best title to be had ?

The front page has two column headings surrounded by black borders: "Rollo Ogden Dead" "Editor of the Times" "Succumbs at 81 After a Week's Illness--A Leader in Journalism for Almost Half a Century" Continues on page three with banner headline and very nice black bordered photo. First report coverage on the death of Roolo Ogden, editor of the New York Times from 1922 to 1937. Always nice to have notable events in history reported in this World famous publication, especially on this topic.
Other news, sports and advertisements of the day. Complete in 44 pages, this is the rare rag edition that was produced on very high quality newsprint, with a high percentage of cotton & linen content, allowing the issues to remain very white & sturdy into the present. Given the subscription cost, libraries & institutions rather than individuals were the primary subscribers of these high-quality editions. Very nice condition. 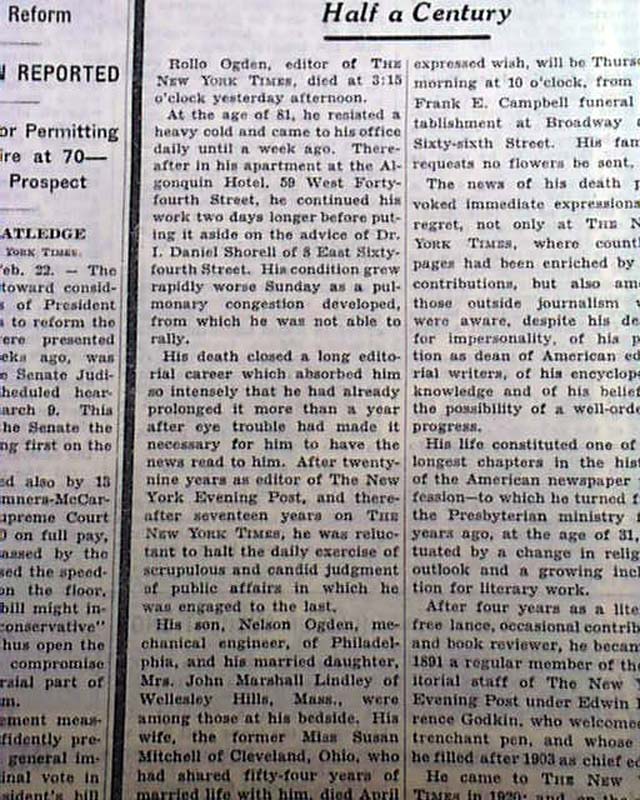 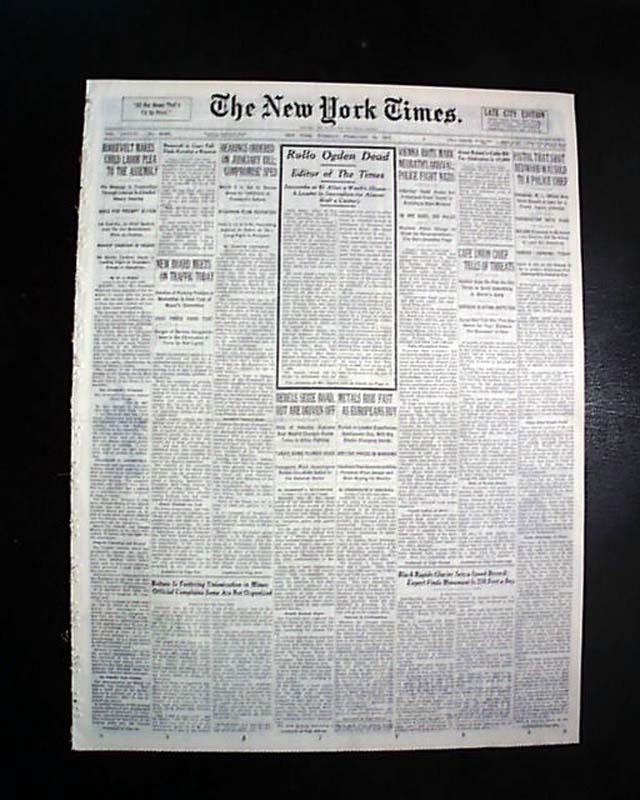 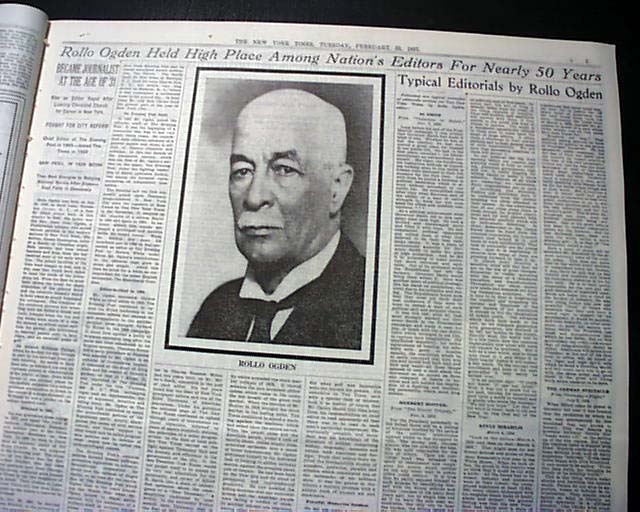