Home > Back to Search Results > Babe Ruth injured in 1934 by Lou Gehrig...
Click image to enlarge 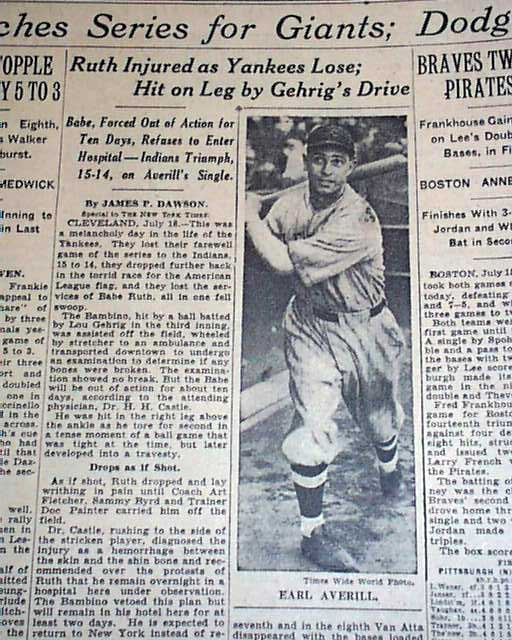 The sport's section (page 22) has a two column heading: "Ruth Injured as Yankees Lose; Hit on Leg by Gehrig's Drive" with subhead. (see) Was this his last injury prior to retirement ? It was his last full season as a player.
Other news, sports and advertisements of the day. Complete in 38 pages, light toning at the margins, generally nice.