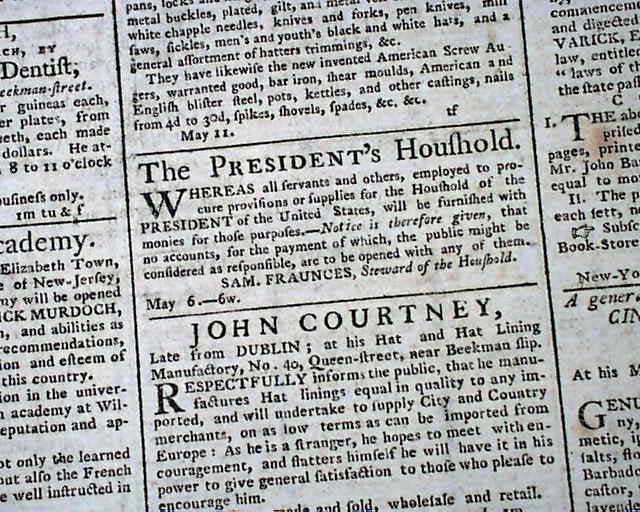 Being from the nation's capital at the time, and from the very beginning of the new federal government (Washington was inaugurated April 30) it is not surprising this newspaper would have an ad on page 3 headed: "The President's Household" reading: "Whereas all servants and others, employed to procure provisions or supplies for the Household of the PRESIDENT of the United States, will be furnished with monies for those purposes. Notice is therefore given that no accounts for the payment of which the public might be considered as responsible, are to be opened with any of them. Sam. Fraunces, Steward of the Household." (see).
Samuel Fraunces was the owner of the famed Fraunces Tavern in New York City, where George Washington said farewell to his officers at the end of the Revolutionary War.
The back page has a nice & very unusual illustrated advertisement for "Thomas Burling" the famed cabinet and furniture maker of the 18th century (see several websites concerning him). The ad illustrates several of his creations and the text offers various comments on his business, including: "After duly acknowledging the many favors received from his friends and the public... has lately employed an additional number of of workmen, that he might be the better enabled to accommodate strangers and others... by his endeavors to do justice in his line of business."
Negro for sale ads and illustrated ship ads are within.
Four pages, never-trimmed margins, nice condition. 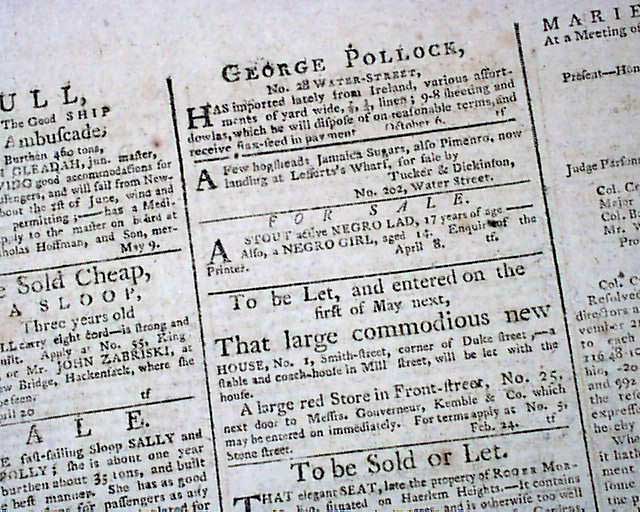 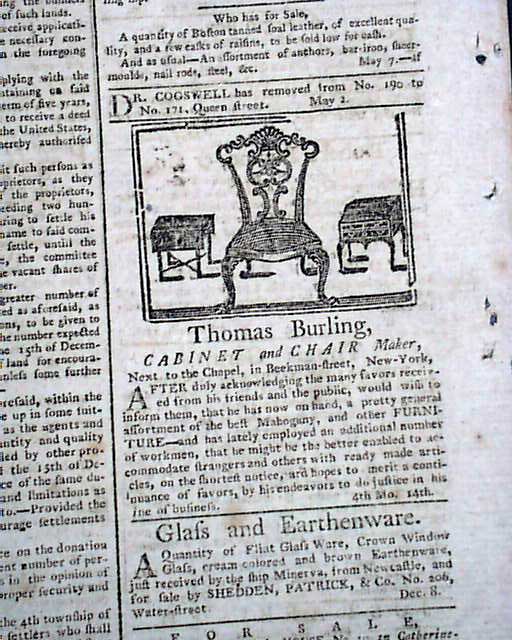 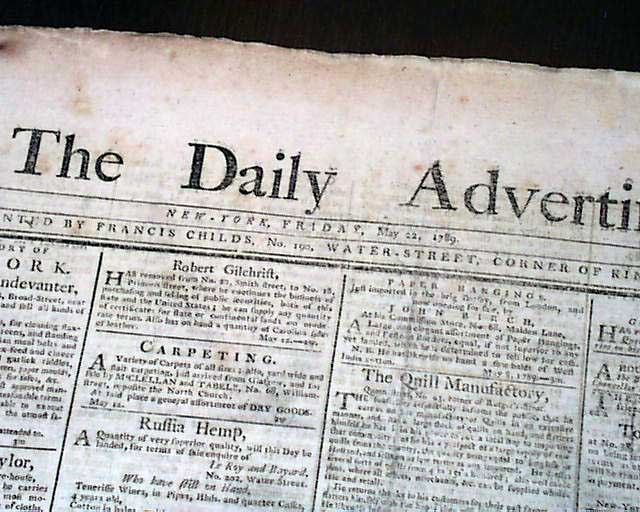 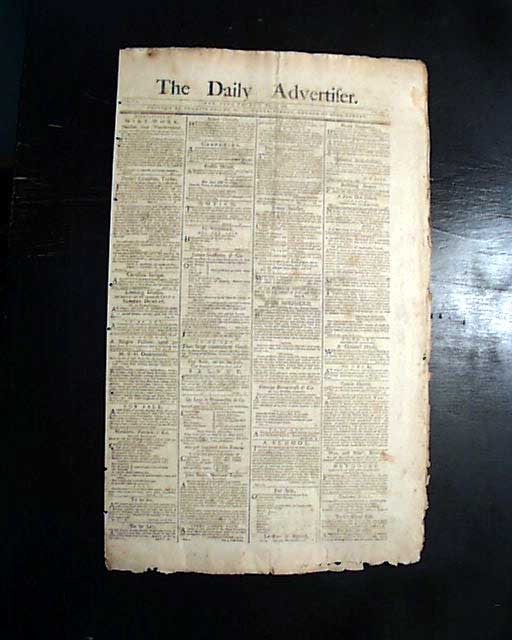