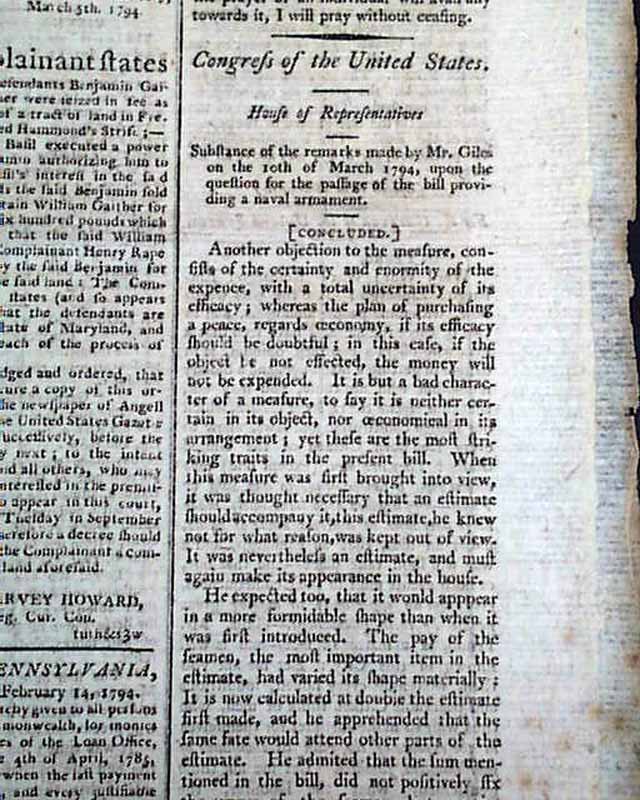 The back page has an notice headed: "War Department" concerning benefits to those of military service who died or were injured. It is signed by the Secretary of War: H. Knox.
The front page has reports from the "Congress of the United States" which carries over to page 2.
Four pages, never-trimmed margins, great condition.