Home > Back to Search Results > Thomas Paine and his "Age of Reason"...
Click image to enlarge 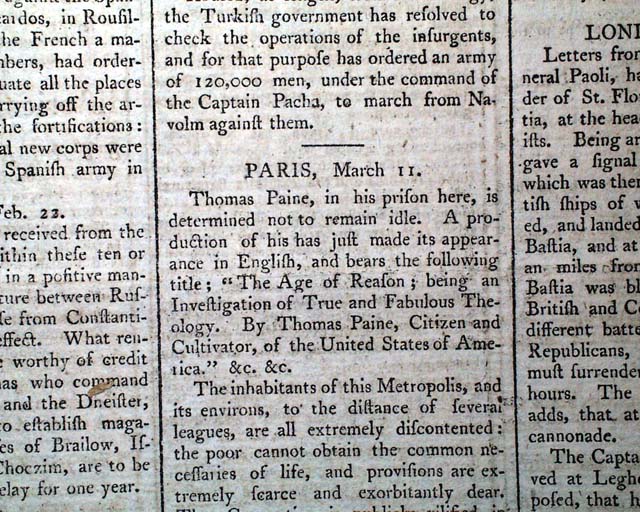 Thomas Paine and his "Age of Reason"...


GAZETTE OF THE UNITED STATES & EVENING ADVERTISER, Philadelphia, May 7, 1794

* Thomas Paine in prison
* "The Age of Reason" book

From the nation's capital at the time, as the District of Columbia was under construction.
Page 3 has a report from Paris beginning: "Thomas Paine, in his prison here, is determined not to remain idle. A production of his has just made its appearance in English, and bears the following title: 'The Age of Reason; being an Investigation of True and Fabulous Theology. By Thomas Paine, Citizen and Cultivator of the United States of America' "
Four pages, never-trimmed margins, great condition.