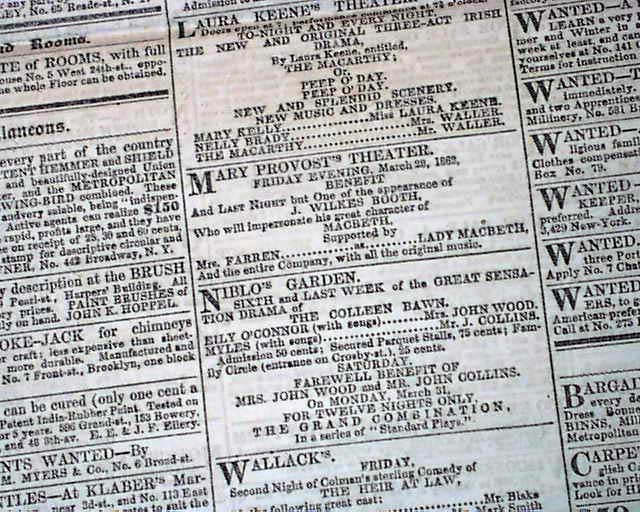 The front page contains one of the fascinating tidbits of history which delight collectors, in this case an inconspicuous advertisement for a theatrical production at the Mary Provost Theater in New York--starring John Wilkes Booth.
See the photo for the complete ad which notes the listing of the cast, including: "And Last Night but One of the appearance of J. WILKES BOOTH, Who will impersonate his great character of MACBETH..." with just a bit more.
It's always terrific to find reports of notables in history--both famous and infamous--before they would become more widely known to the world.
Although there are many Civil War reports within these 8 pages, including a small, two column illustration on the back page: "The Rebel Floating Battery at Island No. 10" with more, this tiny ad is a treasure which trumps the war news.
Never bound nor trimmed, good condition.