Home > Back to Search Results > Illinois joins the Union as the 21st state...
Click image to enlarge 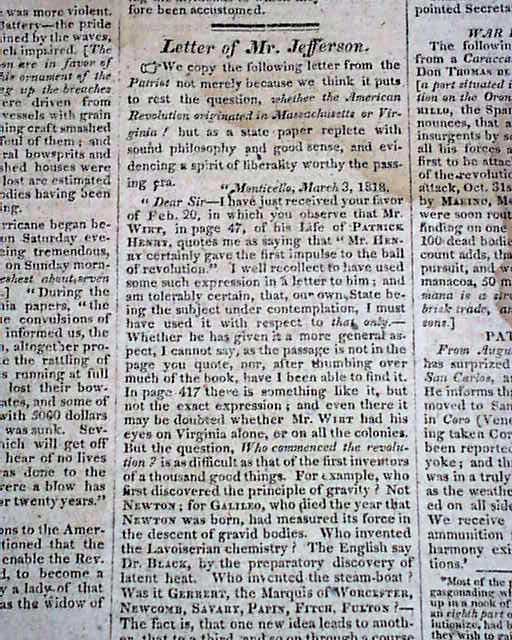 Illinois joins the Union as the 21st state...

The front page has a rather inconspicuous report headed: Journal of 15th Congress" noting in part: "...Messrs. Hunter of R.I. and Edwards and Thomas took their seats this day. The two latter represent the new State of Illinois, the law to admit which into the Union has been signed by the President...The Union is now composed of Twenty-one States...".
Edwards and Thomas were the first two Senators from the new state of Illinois.
The ftpg. also has a lengthy: "Letter of Mr. Jefferson" datelined from Monticello & signed in type: Th. Jefferson.
Four pages, some damp staining, good condition.