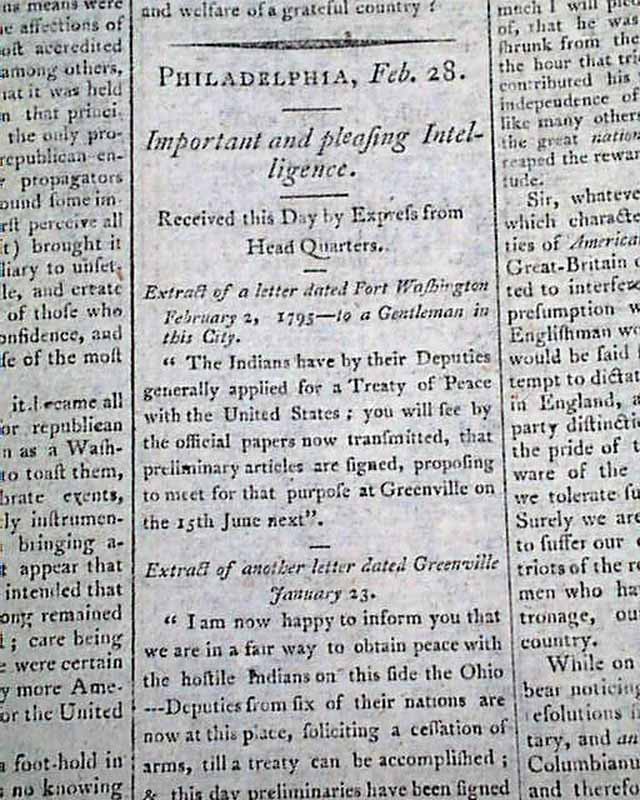 
GAZETTE OF THE UNITED STATES, Philadelphia, Feb. 28, 1795  This city was the capital of the United States at the time, while the District of Columbia was under construction.
Page 3 has: "Important and Pleasing Intelligence" from Fort Washington, noting: "The Indians have by their deputies generally applied for a Treaty of Peace with the United States...that preliminary articles are signed, proposing to meet for that purpose at Greenville..." with another letter noting: "I am now happy to inform you that we are in a fair way to obtain peace with the hostile Indians on this side the Ohio..." with more.
Four pages, never-trimmed margins, great condition.