Home > Back to Search Results > Preaching the Gospel in the frontiers...
Click image to enlarge 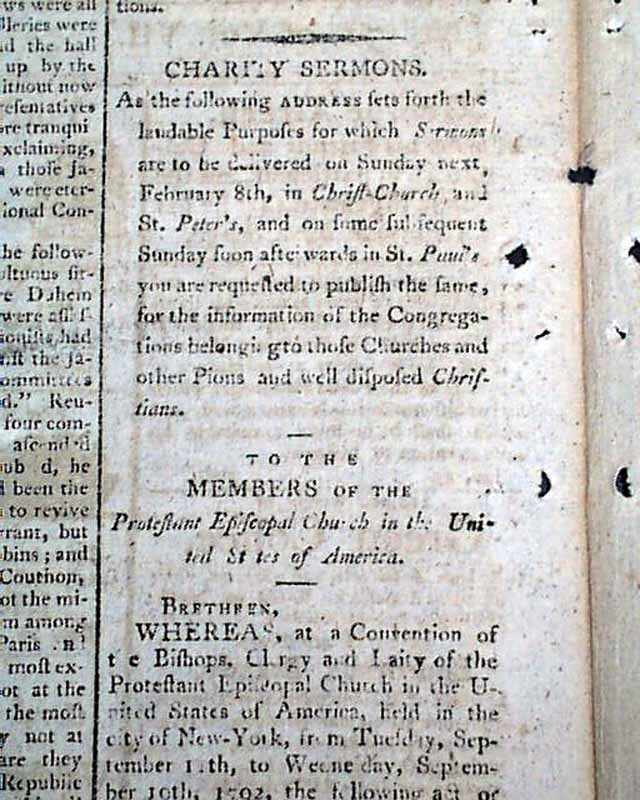 Preaching the Gospel in the frontiers...

This was the capital of the United States at the time. Pages 2 & 3 have an address: "To the Members of the Protestant episcopal Church in the United States of America" with: "An Act of the General Convention for supporting Missionaries to Preach the Gospel on the Frontiers of the United States." There is also mention concerning the escape of the Marquis Lafayette after being captured by Austrian troops.
The back page has a lottery ad: "For the Improvement of the Federal City" which was under construction at the time.
Four pages, never-trimmed margins, great condition.