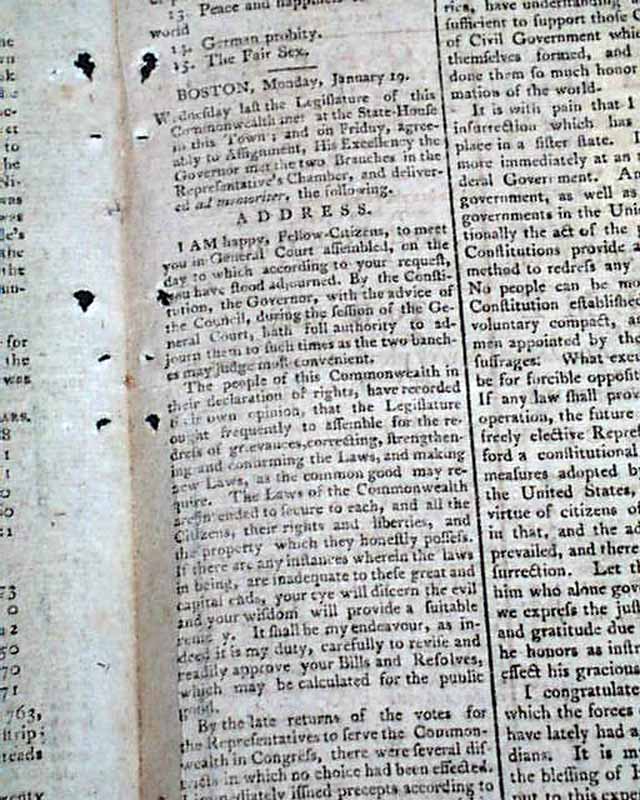 
GAZETTE OF THE UNITED STATES, Philadelphia, Jan. 26, 1795  Page 3 has 1 1/2 columns taken up with an: "Address" to the Mass. legislature by the govern, signed in type: Samuel Adams. Mention is also made of an "illumination" celebration in Boston in honor of George Washington.
The back page has an ad for a lottery: "For the Improvement of the Federal City" then under construction.
Four pages, never-trimmed margins, great condition.