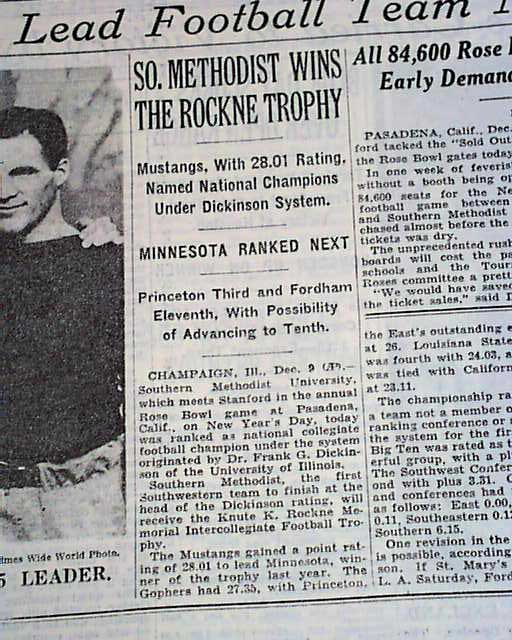 The sport's section (page 35) has one column headings that include: "SO. METHODIST WINS THE ROCKNE TROPHY" "Mustangs, With 28.01 Rating, Named National Champions Under Dickinson System" and more with rankings chart. (see) First report coverage on Southern Methodist University (SMU) Mustangs winning the national college football championship title. I suspect this is one of the few publications to report this particular event as other titles in our inventory do not.
Other news, sports and advertisements of the day. Complete in 52 pages, rag edition, minor spine wear, nice condition.