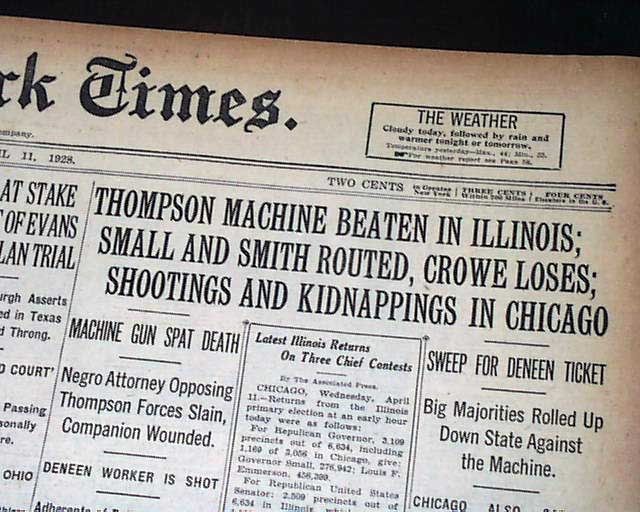 The top of the front page has a three column headline: "THOMPSON MACHINE BEATEN IN ILLINOIS; SMALL AND SMITH ROUTED, CROWE LOSES; SHOOTINGS AND KIDNAPPINGS IN CHICAGO" with many subheads. (see) First report coverage on the primary election in Gangster infested Chicago, Illinois at the height of government corruption there. Lengthy text continues on page 2 with related photo.
Forty-eight pages, light toning and some wear at the margins, generally good.