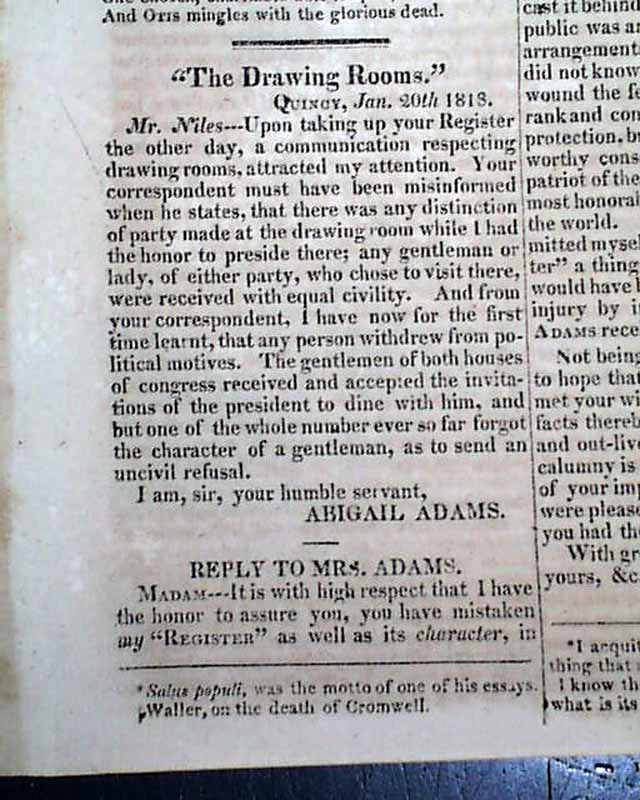 
NILES' WEEKLY REGISTER, Baltimore, Jan. 31, 1818  Page 3 has a letter signed in tpe by the wife of John Adams; Abigail Adams, in which she complains to the publisher of the newspaper about an article on how guests at the White House were received in "The Drawing Rooms". There is a lengthy "Reply to Mrs. Adams" being an apology, signed in type: H. Niles. Rare to find letters from Abigail Adams in period newspapers.
There are several pages consumed with the details of a court martial of Captain John Heath who commanded a detachment of marines on board the frigate Java, under the command of Oliver H. Perry. It includes a letter signed: O.H. Perry, plus a letter signed by John Heath, one by I. Chauncey, and yet more signed my multiple officers.
Sixteen pages, 6 1/4 by 9 1/2 inches, nice condition.