Home > Back to Search Results > On Wellington and Buonaparte... The Peacock and Hornet...
Click image to enlarge 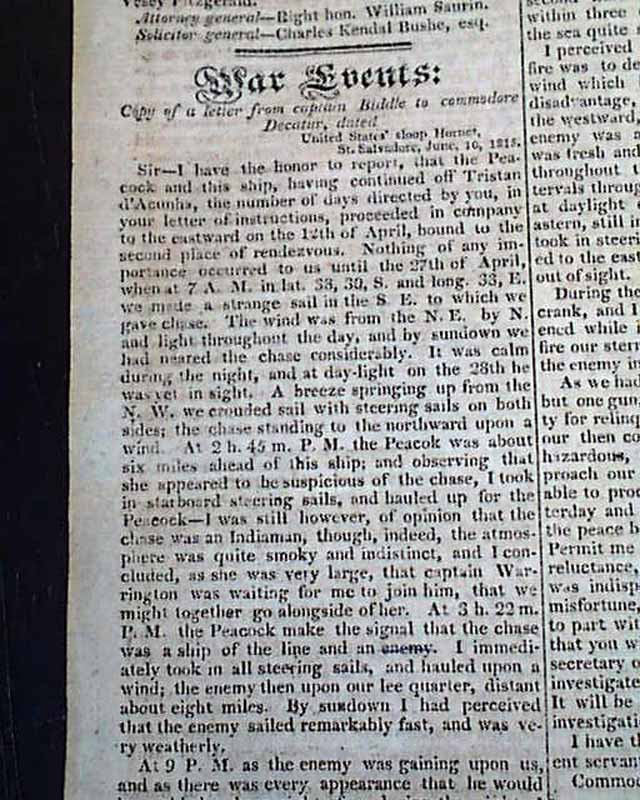 On Wellington and Buonaparte... The Peacock and Hornet...

Page 2 is mostly taken up with: "War Events: Copy of a Letter from Captain Biddle to Commodore Decatur" dated on board the Hornet being his report on the work of the Hornet and the Peacock.
Another page has: "Of The Great Battles" beginning: "The following is given as Wellington's force previous to the attack of Bonaparte..." with details, and a letter signed: Wellington. Also: "Proclamation. The King to the French People" from just after the abdication of Napoleon Buonaparte, signed: Louis.
Sixteen pages, 6 by 9 3/4 inches, very good condition.