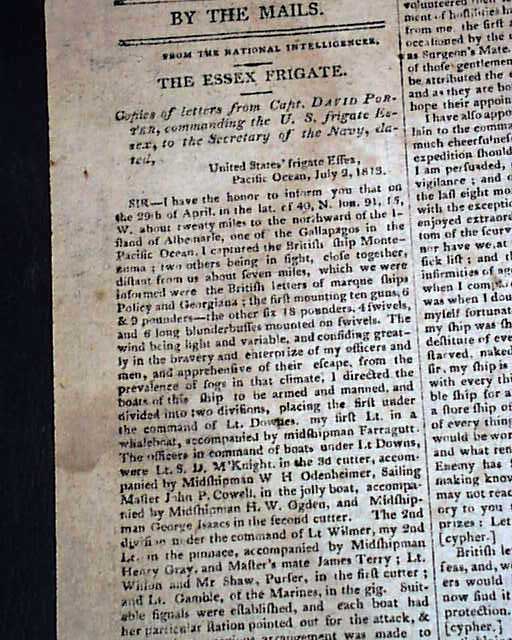 Inside has some items on the War of 1812 including; "Capt. Isaac Hull concerning honoring him for: "...the glorious victory over the Guerriere...". Also: "Tribute To Valor" and "The Essex Frigate" which is a lengthy letter signed in type by: David Porter, with details on his victory over the British ship Montezuma. Then another lengthy letter signed by David Porter on his naval exploits.
Four pages, damp stains to the right side, good condition.