Home > Back to Search Results > Many reports from the War of 1812...
Click image to enlarge 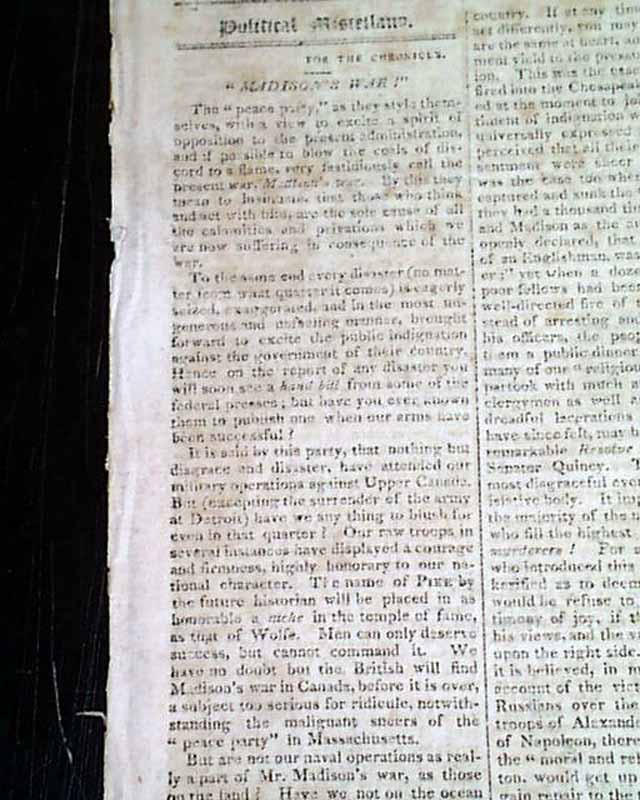 
INDEPENDENT CHRONICLE, Boston, July 15, 1813  The ftpg. has a lengthy editorial on the War of 1812 headed: "Madison's War!" Also on the ftpg. is a letter from General Dearborn to the Secretary of War from Fort George, then another letter from Fort George, also: "From Fort Meigs", a letter Green Clay to General Harrison with his response signed in type: Wm. H. Harrison, all having some fine reports on the War of 1812.
Page 2 has more on the war: "From the North-Western Army" "From the Norfolk Herald" "From New London" "and a report concerning the war headed: "Beaver Dams".
Four pages, nice condition.