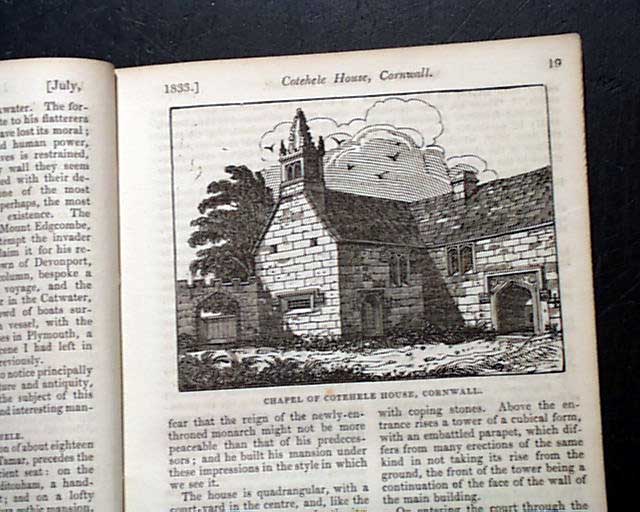 Item # 664831
THE GENTLEMAN'S MAGAZINE, London, England, July, 1833  The prime report is taken from the: "Proceedings In Parliament" which includes a somewhat inconspicuous--yet noteworthy report: "Mr. Stanley brought in a Bill for the Abolition of Slavery, and for the compensation of the owners of slaves. Read a first time."
This would be the Slavery Abolition Act of 1833 which would receive the Royal Assent on August 26. See the internet for much more on the significance of this act which would abolish slavery throughout the United Kingdom.
Page 66 has an interesting poem headed: "Imitated From The French Of Victor Hugo".
Included is the full page plate called for, plus other unrelated illustrations.
Complete in 96 pages, 5 by 8 inches, full title/contents page, nice condition.