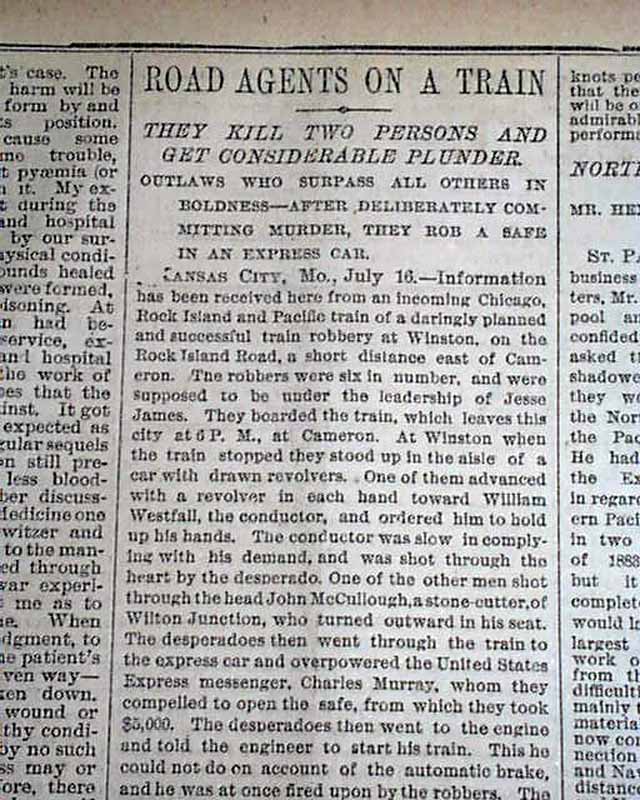 Page 2 contains one of the better reports we have seen of the infamous Rock Island Railroad train robbery by Jesse James and his gang. While most reports are little more than a paragraph or two, this report takes two-thirds of a column and includes several accounts and much detail--photos below show the full text.
The article is headed: "ROAD AGENTS ON A TRAIN" "They Kill Two Persons And Get Considerable Plunder" "Outlaws Who Surpass All Others In Boldness--After Deliberately committing Murder, They Rob a Safe In an Express Car". The article includes near its beginning: "...an incoming Chicago, Rock Island & Pacific train of a daringly planned & successful train robbery at Winston...The robbers were six in number and were supposed to be under the leadership of Jesse James..." with much more.
Complete in 12 pages, light browning at the margins, some chipping & edge tears at the margins, some binding holes near the spine (no effect to the mentioned article), otherwise good.