Home > Back to Search Results > Small lot of an uncommon title...
Click image to enlarge 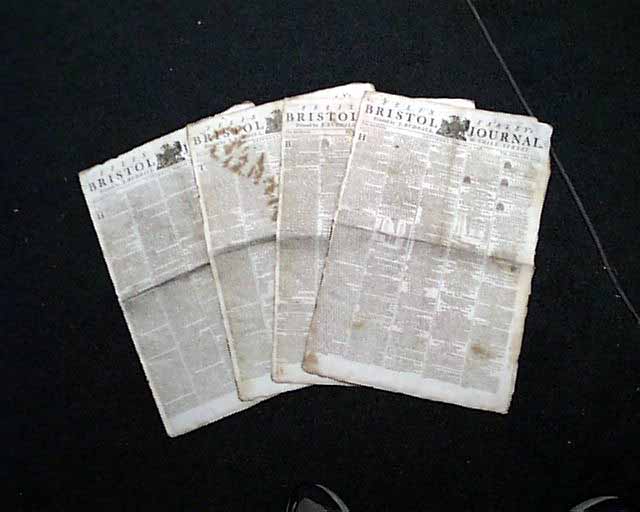 Small lot of an uncommon title...

Each has a nice engraving in the masthead, has never-trimmed margins, various foxing throughout but not affecting any readability.
News of the day with many ads as well, several of which are illustrated. The back page of each has a red-inked tax stamp. Generally good condition.