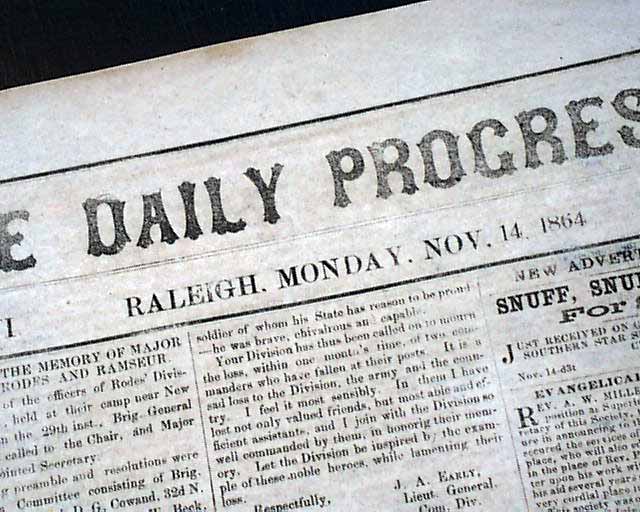 Raleigh was one of the last major cities of the South to fall into the hands of Sherman, surrendering on April 13, 1865, just one day before Lincoln was assassinated. This rare Confederate title is from not long before surrendering.
The front page has: "Tribute to the Memory of Major Generals Rodes and Ramseur" which includes 2 letters; also: "Report of the Secretary of the Treasury". The back page has: "Northern News--Lincoln Re-Elected" "The Georgia Legislature & the War" "The President & the Press" and more.
Complete as a single sheet newspaper which is typical for late-war issues from the South as most of the paper mills were in the North. One tiny paper-flaw hole, very nice condition.