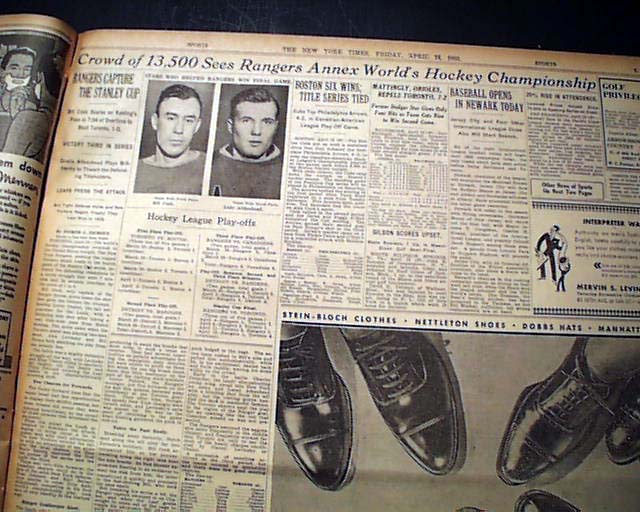 The sport's section (page 25) has a six column headline: "Crowd of 13,500 Sees Rangers Annex Hockey Championship" with subheads and lineups. (see) First report coverage on the New York Rangers winning the 1932-33 Stanley Cup by defeating the Toronto Maple Leafs. Always nice to have notable events in history reported in this World famous publication, especially on this topic. Be the envy of your fellow Rangers fan buddies with this original issue from the early days of hockey.
Other news, sports and advertisements of the day. Complete in 40 pages, light toning at the margins, nice condition.