Home > Back to Search Results > 1961 Saturn I rocket launch...
Click image to enlarge 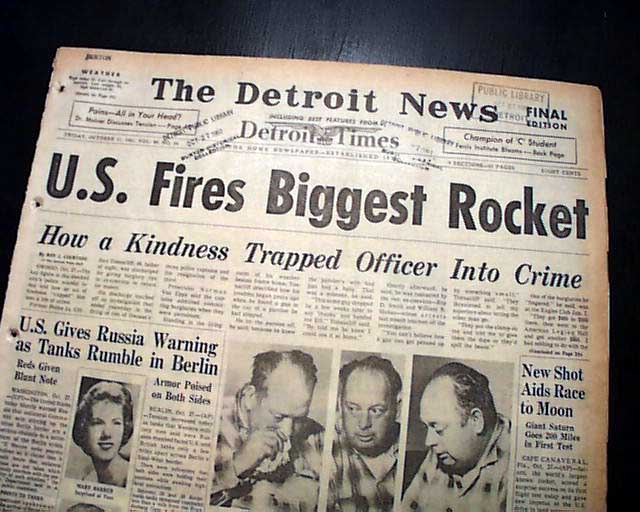 The front page has a banner headline: "U.S. Fires Biggest Rocket" with subheads that include: "New Shot Aids Race to Moon" and more. (see) Coverage continues inside. Two library stamps just above the headline into the masthead. (see)
Complete with all 40+ pages, small binding holes along the spine, light toning at the margins, mentioned library stamps, generally very nice.

wikpedia notes: President John F. Kennedy identified the Saturn I, and the SA-5 launch in particular, as being the point where US lift capability would surpass the Soviets, after being behind since Sputnik. That was last mentioned in a speech he gave at Brooks AFB in San Antonio on the day before he was assassinated. He never lived to see this capability realized.