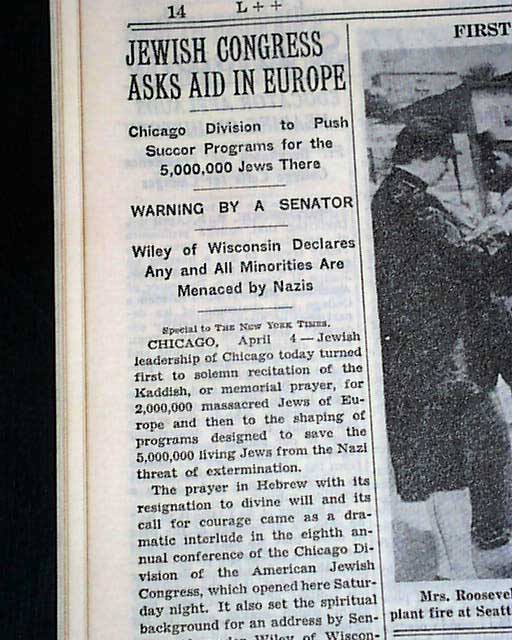 This 36 page newspaper has one column headlines on page 14: "JEWISH CONGRESS ASKS AID IN EUROPE", "Chicago Division to Push Succor Programs for the 5,000,000 Jews There" and more (see photos). See photos for coverage on the Jews of Nazi occupied Europe needing help to avoid extermination. Rare to find such reports in newspapers at this time as the reality of the holocaust was just being known.
What better evidence to confirm of what really happened then having a 1st hand account from the day it was first reported.
Other news, sports and and advertisements of the day throughout with much on World War II. Rag edition in nice condition. 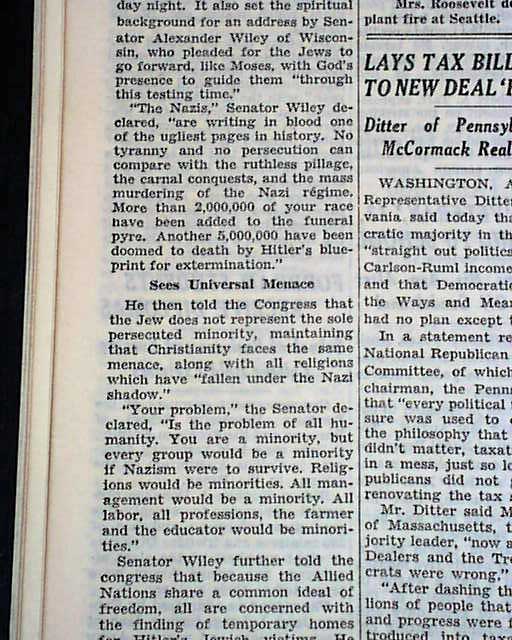 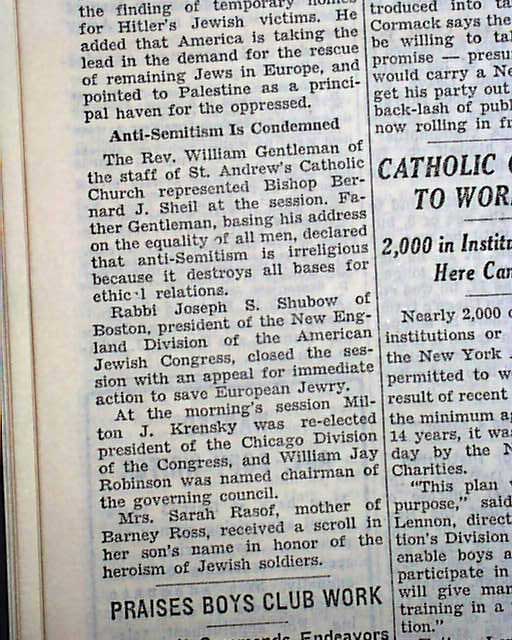 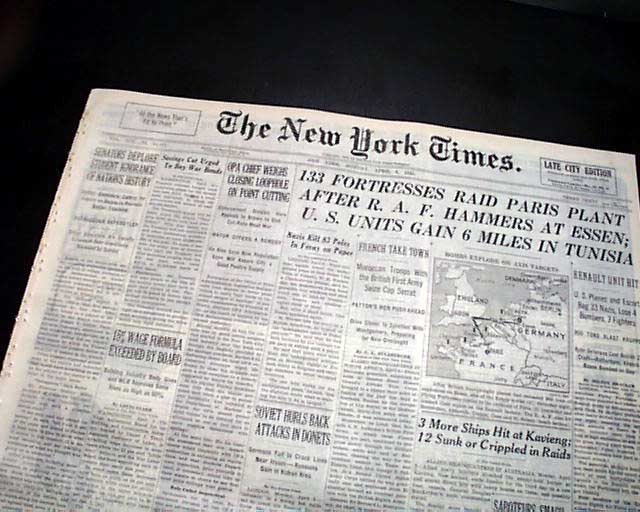 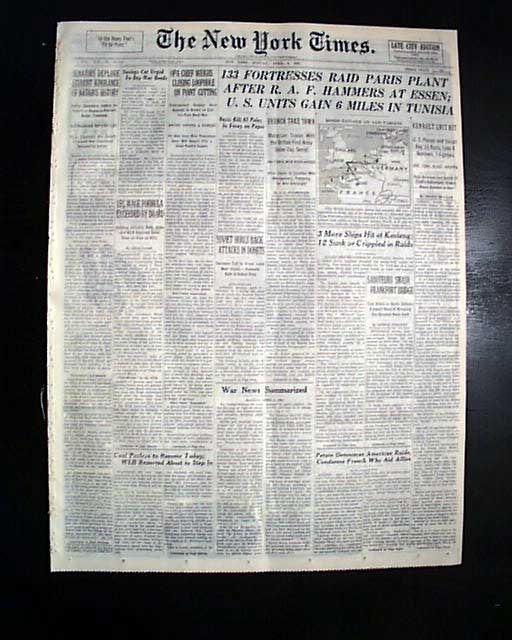