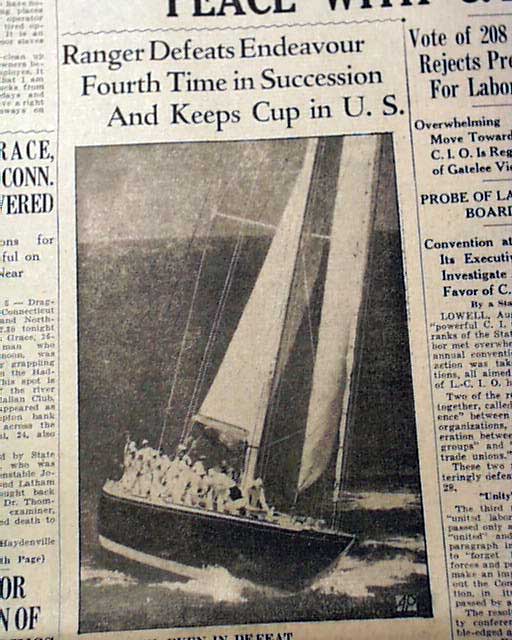 The front page has a two column heading: "Ranger Defeats Endeavour Fourth Time in Succession And Keeps Cup in U. S." with subhead and photo. (see).
Complete with all 32 pages, light toning and minor wear at the margins, generally nice.