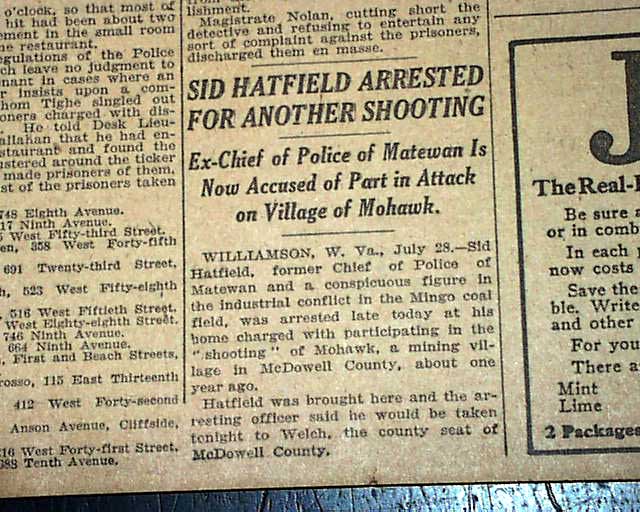 Page 3 has small one column headings: "Sid Hatfield Arrested For Another Shooting", "Ex-Chief of Police of Matawan Is Now Accused of Part in Attack on Village of Mohawk". (see) First report coverage on the arrest of William Sidney 'Sid' Hatfield, police chief of Matewan, West Virginia. He would be killed in a shootout a few days later.
Twenty-four pages, light toning, some margin wear with small tears, must be handled with care.