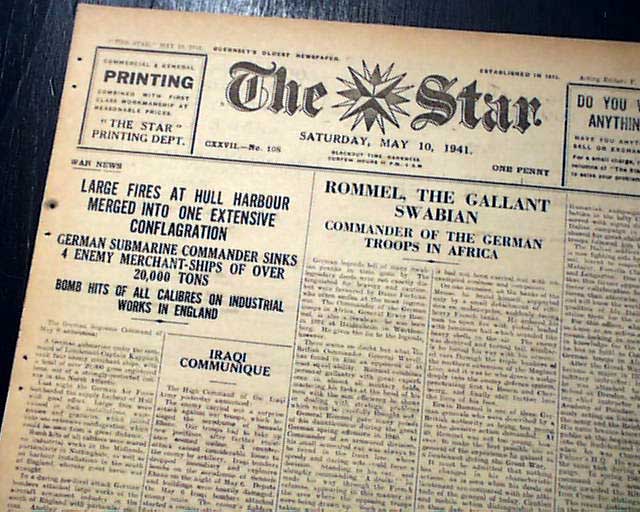 Among the front page reports are: "Rommel, The Gallant Swabian Commander of the German Troops In Africa" "German Submarine Commander Sinks 4 Enemy Merchant Ships..." "Bomb Hits of All Calibres on Industrial Works in England"  "The Bombardment of the Port of London".
Four pages, great condition.