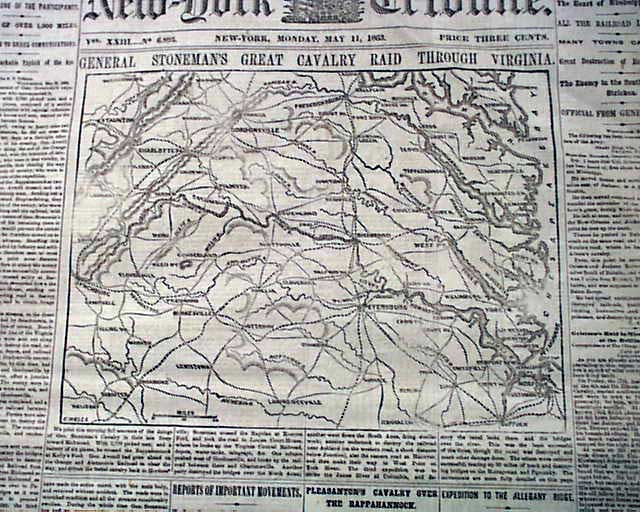 The front page features a rather large Civil War map headed: "General Stoneman's Great Cavalry Raid Through Virginia." plus there are many one column ftpg. heads on the war including: "The Great Cavalry Expedition" "A March of Over 1,000 Miles' "Another Great Cavalry Raid" "The Heart Of Mississippi Invaded" "Many Towns Captured" "Enemy In the South-West Panic Stricken" "No Rebels Found At Chancellorsville".
Page 3 has the "Evening Edition" with its own masthead and column heads, plus more inside including: "Glorious Victory at Port Gibson" "Defeat of 11,000 Rebels" "Great Slaughter of the Enemy" and more.
Eight pages, nice condition.