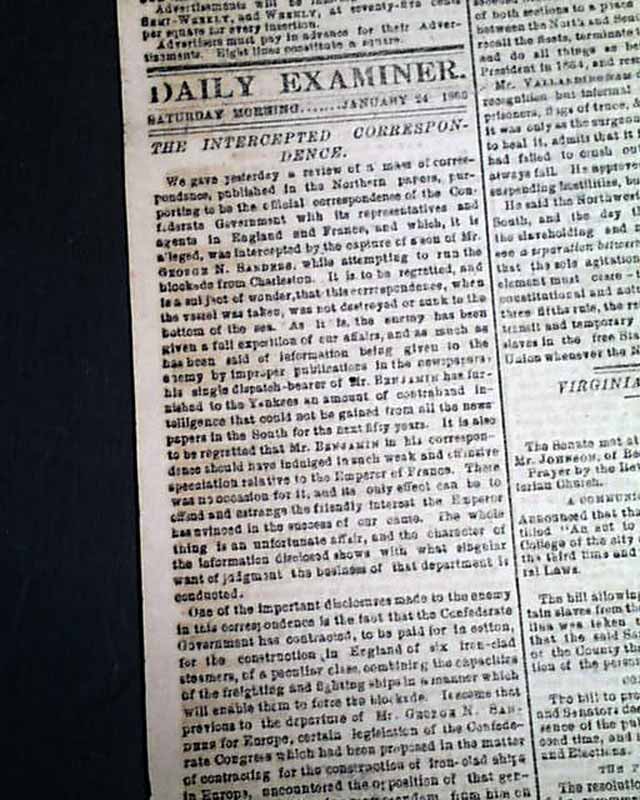 Not only a nice Confederate newspaper, but one from the capital of the Confederacy. The front page includes: "The Intercepted Correspondence", "Notes Of The War--Affairs at Vicksburg--The Several Attempts of the Enemy Against the City--A Renewed Attack Expected--The Spirit of Our Army" "City Intelligence" "The Charge of Breckinridge's Division in the Battle of Murfreesboro" "The Situation In Middle Tennessee" "Telegraphic News--Movements Of Morgan's Men--Reports From Kentucky" and a few more smaller items including a dispatch signed in type by: Braxton Bragg.
The back page is mostly taken up with the editorial which has as a focus the plan for an end to the war by Vallandingham, and reports on the: "Confederate Finances", and reports from: "The Confederate Congress" which also focuses on the finances of the nation.
Complete as a single sheet issue with a banner masthead. It is in very nice condition.