Home > Back to Search Results > World War I coming to an end ?....
Click image to enlarge 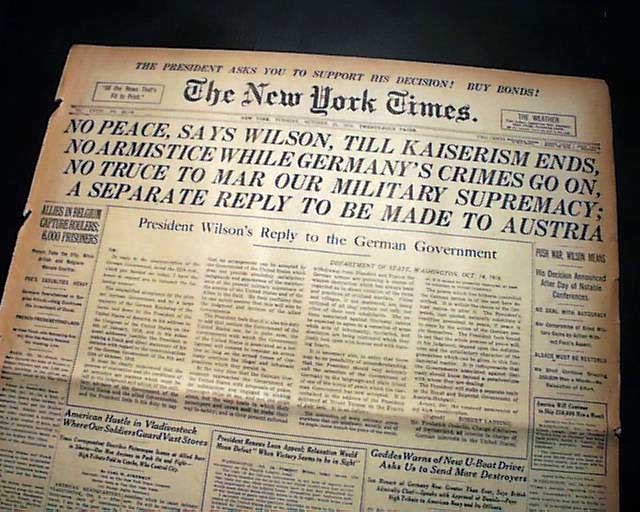 The front page has a nice banner headline: "NO PEACE, SAYS WILSON, TILL KAISERISM ENDS, NO ARMISTICE WHILE GERMANY'S CRIMES GO ON, NO TRUCE TO MAR OUR MILITARY SUPREMACY..." with subheads and Woodrow Wilson's reply to Germany's conditional surrender offer. Nice for display. The official end of the war would occur a little more than a month later.
Complete with all 24 pages, light toning and a little wear at the margins, a few biding slits along the spine, generally in good condition. Should be handled with care.