Home > Back to Search Results > Yiddishkeit and revolution... Bob Dylan returns with The Band for a two-month tour...
Click image to enlarge 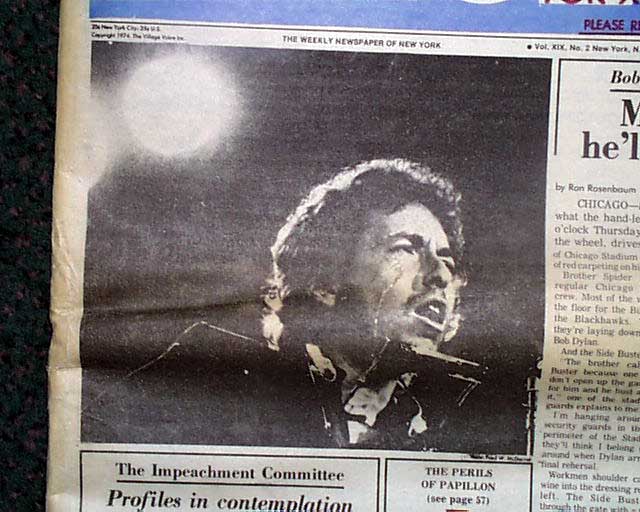 . A few months later he would release his first live album, "Before The Flood," which was made up primarily of material from the tour. This is a great piece for one who collects authentic Dylan material.
Mentioned on the front page is: "YIDDISHKEIT & REVOLUTION," which begins on page 16 and encompasses multiple pages.

The issue is complete, has occasional edge tears and "For Xerox Only" stamped in the masthead, but are otherwise good. See images for details.