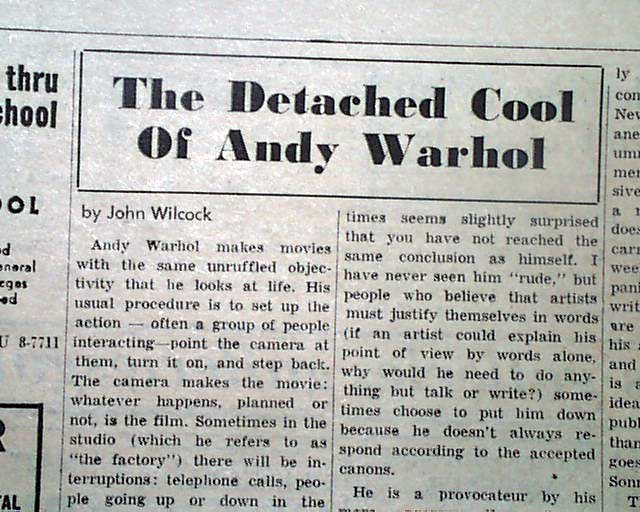 Note: Many issues of The Village Voice contain articles and/or photos which some consider offensive, and are certainly inappropriate for children. If purchasing, please do so with discretion. Provenance note: This issue comes from The Village Voice's own archives, part of their in-house collection used to create their digital archive. Quite honestly, due to content and provenance, how does one determine the value such a rare issue?