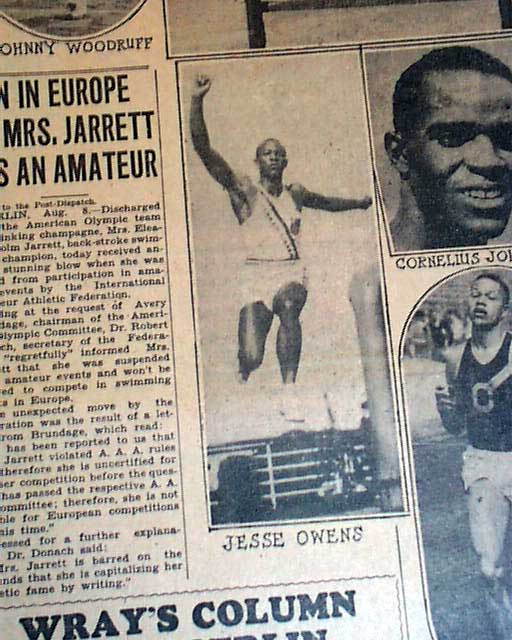 The front page of the sport's section has a four column headline: "GLENN MORRIS WINS DECATHLON FOR AMERICA'S 11TH TRIUMPH" with subheads and list of the Olympic winners up to that time with 3 golds going to Jesse Owens. Page 3 of this section has a nice pictorial showing members of the United States Olympic team that won gold medals which includes Jesse Owens and Glenn Morris.
Complete with all 50+ pages, light toning at the margins, small binding holes along the spine, generally nice.