Home > Back to Search Results > The desired & massive Statue of Liberty foldout...
Click image to enlarge 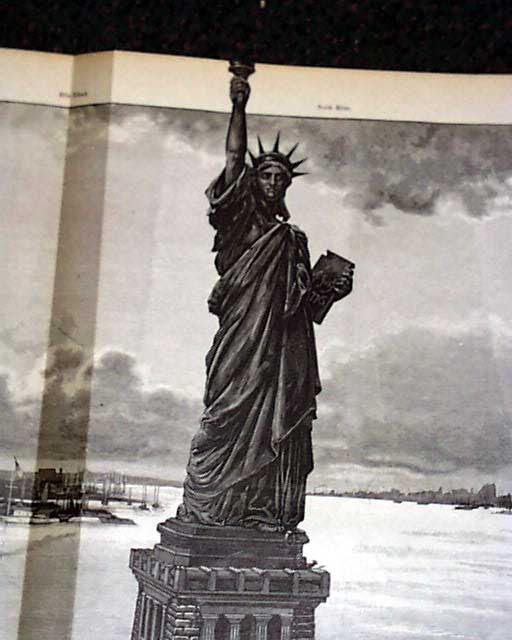 
HARPER'S WEEKLY, New York, October 30, 1886  Certainly the prime feature of this issue is the somewhat rare four page foldout of the Statue Of Liberty. Of the many Supplement issues which appeared in Harper's Weekly over its 60 years, this--in our opinion--is the very best.
This large print measures 44 x 15 1/2 inches and shows New York Harbor with a closeup of the newly dedicated Statue Of Liberty recently given to the United States by France. This dramatic foldout is rarely found bound in within the regular issue, and usually when it is, it's in very poor condition due to the constant folding & unfolding.
The massive print is captioned: "Liberty Enlightening The World--Bartholdi's Colossal Statue On Bedlow's Island, New York Harbor."
This print is in very nice, clean, frameable condition which was rarely "visited". Liberty's flame is trimmed off at the top as it extends beyond the border of the foldout (see photos).
A great print celebrating the dedication of the Statue of Liberty.

Although they pale in comparison, this issue has many nice prints as well including: "Puffin-Catching Off the Irish Coast"; a small print of Commodore Gherardi, U.S.N."; halfpg: "The Slater Memorial Building at Norwich, Connecticut"; one-quarter page cartoonish print: "Baseball at Crowtown".
The doublepage centerfold is a very nice print: "Felling the Redwood Trees of California" which has 7 prints. Fullpg: "A Bateau Race" and great full page, bird's-eye view of: "Salt Lake City".
Complete in 16 pages plus the foldout, both are in great condition. 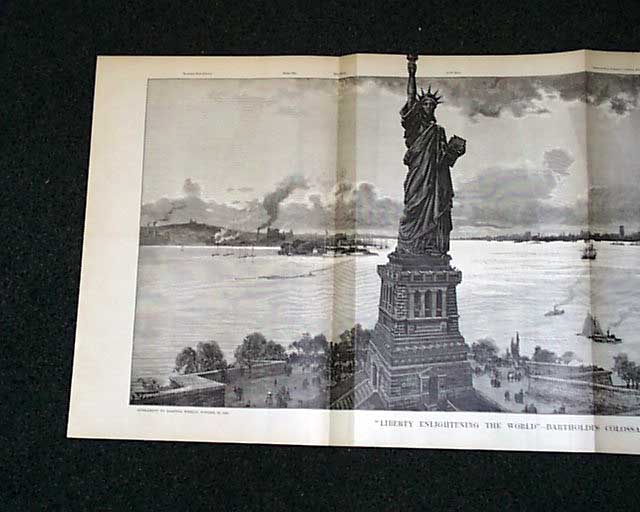 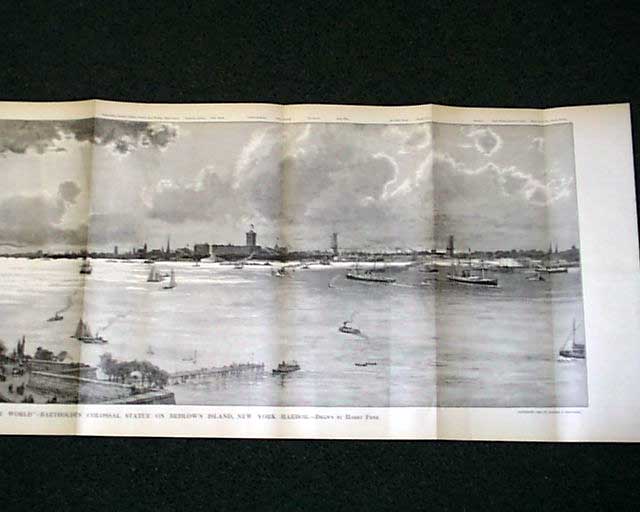 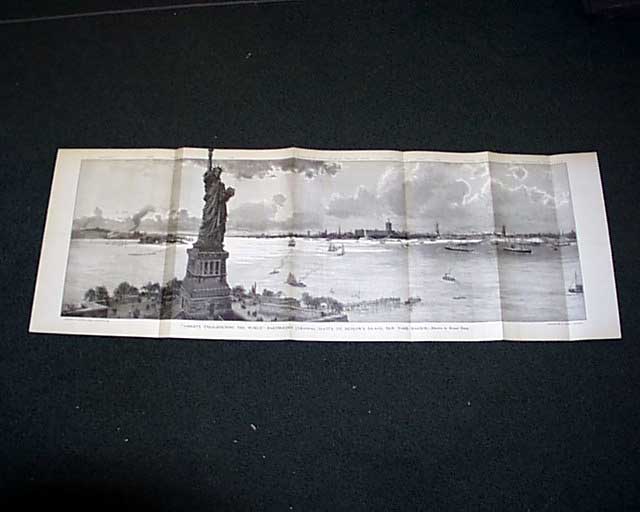 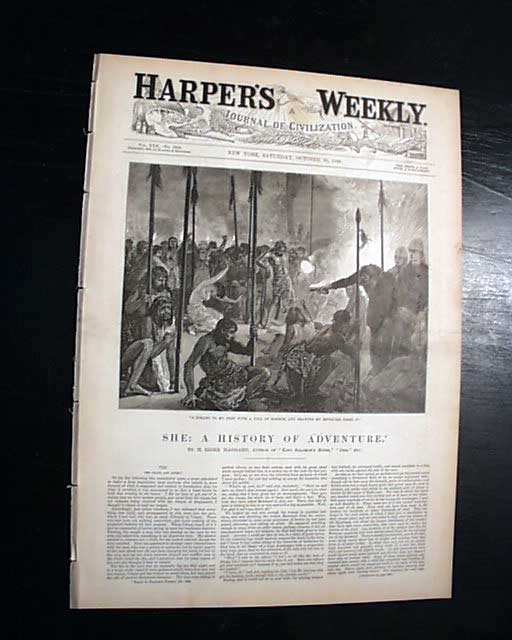 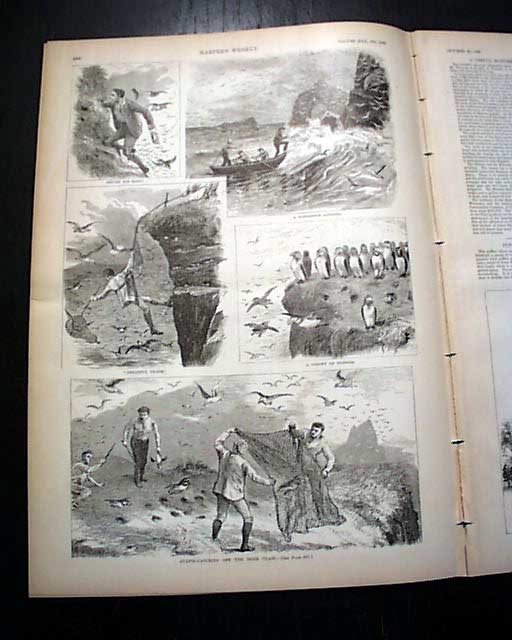 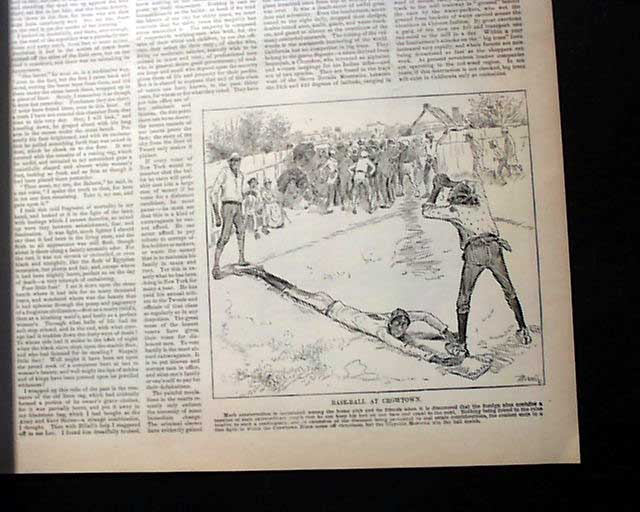 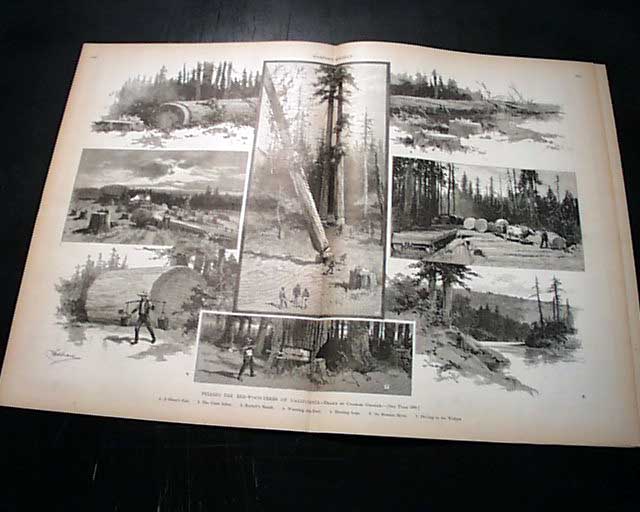 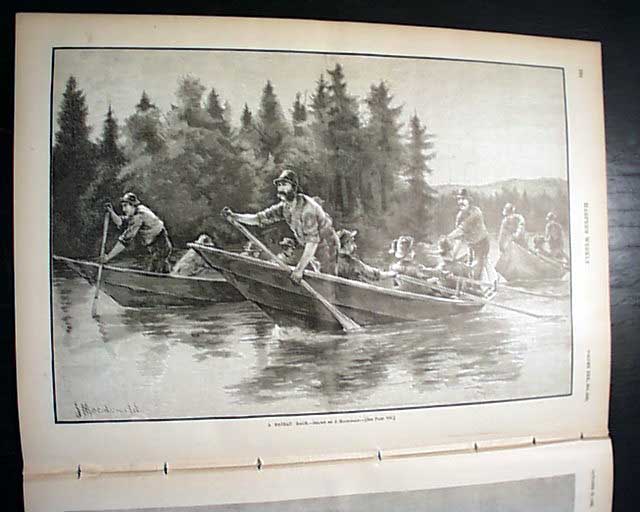 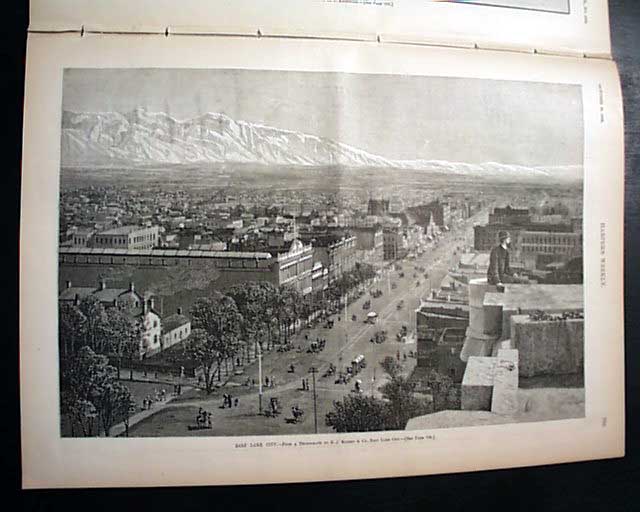