Home > Back to Search Results > Algernon Sidney is beheaded...
Click image to enlarge 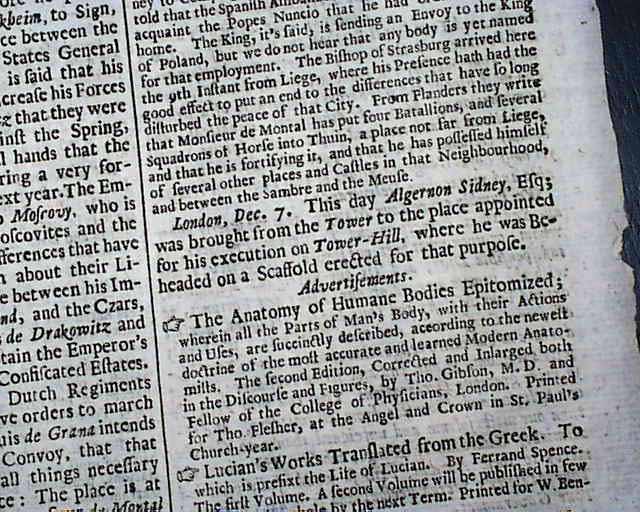 The back page has a brief yet quite historic report from London reading: "This day Algernon Sidney Esq., was brought from the Tower to the place appointed for his execution on Tower-Hill, where he was beheaded on a scaffold erected for that purpose." Sidney was much involved in the military & politics, ultimately to be implicated in the Rye House Plot.
Complete as a single newspaper, 6 1/4 by 11 inches, very nice condition.