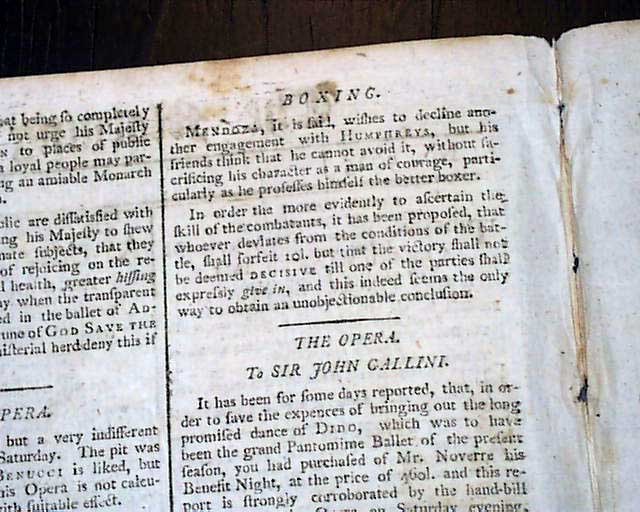 
THE MORNING POST & DAILY ADVERTISER, London, May 18, 1789  The top of page 2 has an article headed: "Boxing" which begins: "Mendoza, it is said, wishes to decline another engagement with Humphreys, but his friends think that he cannot avoid it..." with more.
Daniel Mendoza was a famous Jewish boxer who transformed the English stereotype of a Jew from a weak, defenseless person into someone deserving of respect. He is said to have been the first Jew to talk to the King, George III. He was the British boxing champion from 1792-1795. Richard Humphreys was one of his noted opponents, they facing each other in four matches.
Four pages, red tax stamp on the ftpg., very nice condition.