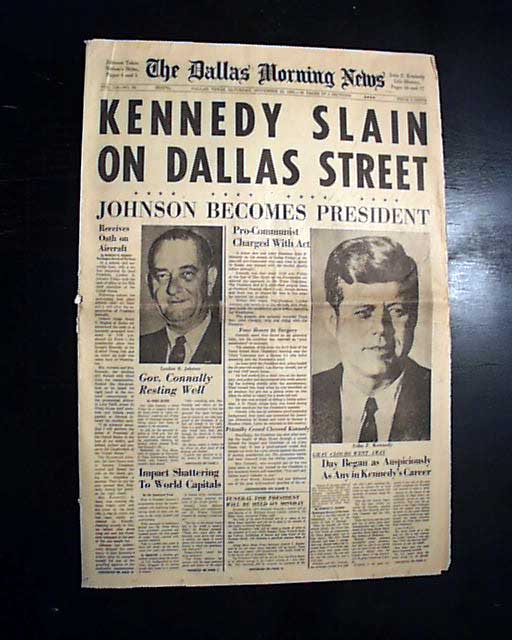 A quite rare & extremely desirable newspaper with a first report on John F. Kennedy's assassination, from the city where it happened.
The two line bold banner headline proclaims: "KENNEDY SLAIN ON DALLAS STREET" with subhead: "Johnson Becomes President", plus a rather large photo of "John F. Kennedy" and a smaller photo of Lyndon Johnson. A considerable amount of related news and photos inside as well.
A cornerstone issue for any presidential death or 20th century collection. This is the first section only (of 4) with pages 1-20, minor wear at the margins, generally in good condition.