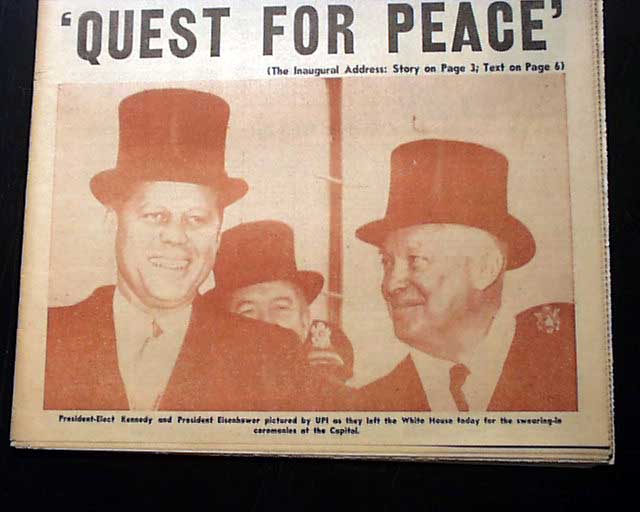 Great to have this newspaper from the nation's capital with this banner headline: "JFK PROCLAIMS NEW 'QUEST FOR PEACE' " with a large photo of John F. Kennedy and President Eisenhower.
Not surprisingly being a D.C. newspaper, there is much coverage of the inauguration. Beginning on page 3 & carrying over to page 6 is the text of his famous inaugural address headed: "JFK Asks Rebirth of U.S. Greatness" where is found his famous quote: "...Ask not what your country can do for you, but what you can do for your country...".
A great same day report.
Complete in 76 pages, tabloid size so great for display, very nice, clean condition.