Home > Back to Search Results > Funeral of a former President John Tyler...
Click image to enlarge 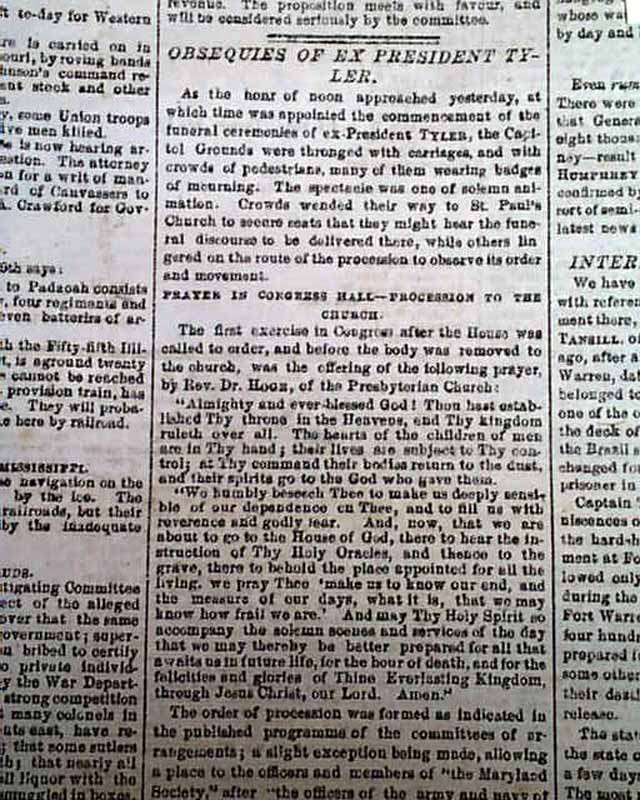 * From the capital of the Confederacy
* President John Tyler death funeral

The front page is mostly taken up with advertisements, however there is a column with: "A Defence Of Middle North Carolina" & "Messrs. Mason & Slidell" and "The Newspapers Of the South & the Associated Press".
Page two includes the always interesting editorial, as well as other war items including: "The Latest Northern News--Movements &I Spirit of the War" with many subheads including: "Plans of the Enemy--Savannah to be Attacked--Yankee Army Frauds--From Cairo--Interesting From Kansas" and more. Also: "Obsequies of Ex-President Tyler" "Interesting From the North" "War Rumours".
Page 3 has "Confederate States Senator" "Legislature of Virginia" "Telegraphic News" with several war reports and a few other smaller items. The back page includes a lengthy list of Acts from the Confederate Congress. Four pages, never bound nor trimmed, very nice condition. 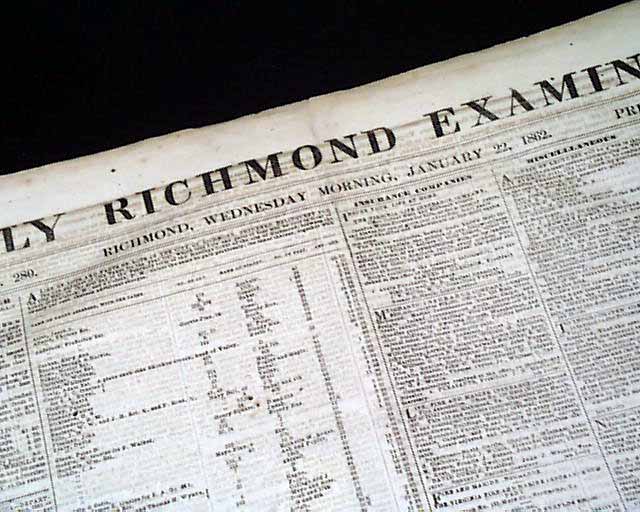 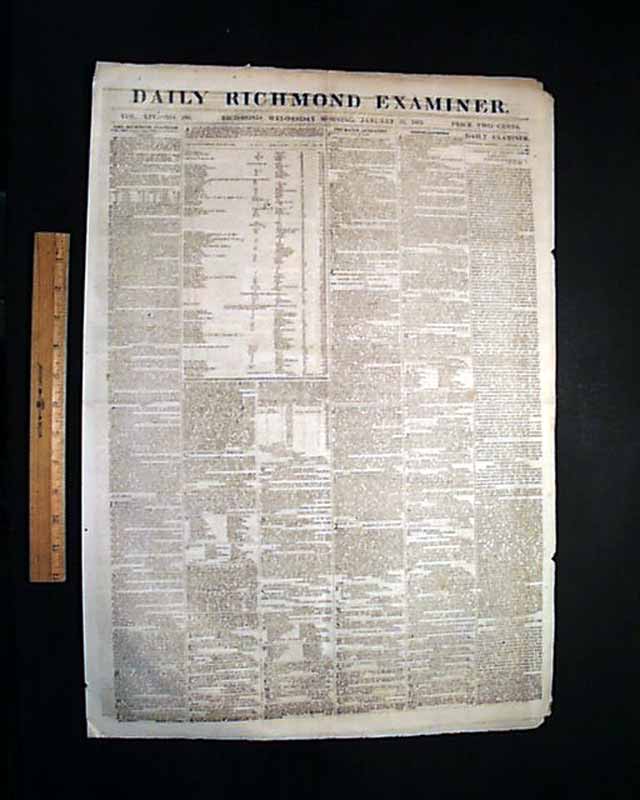 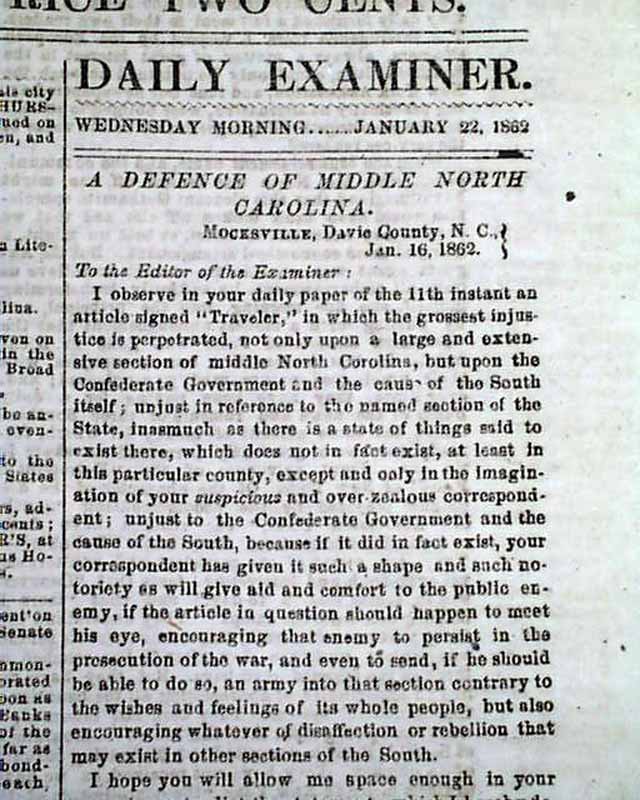 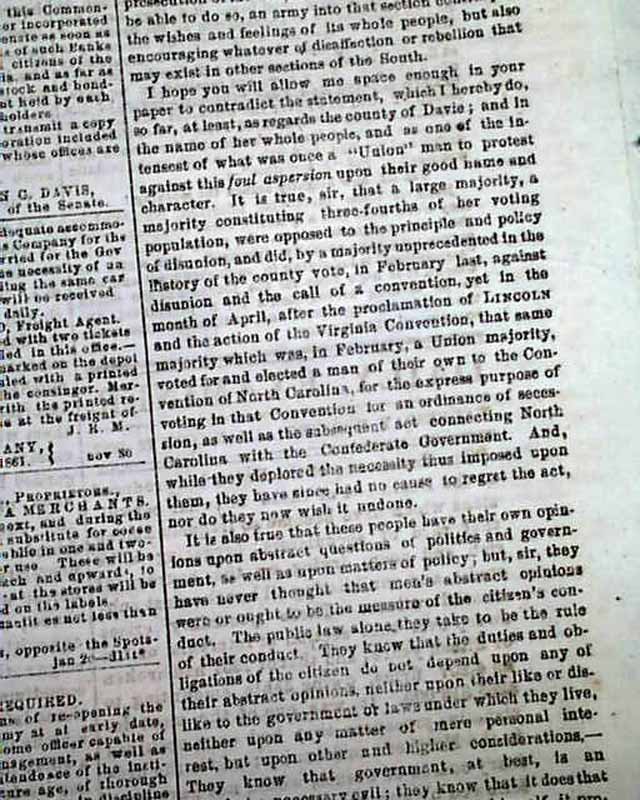 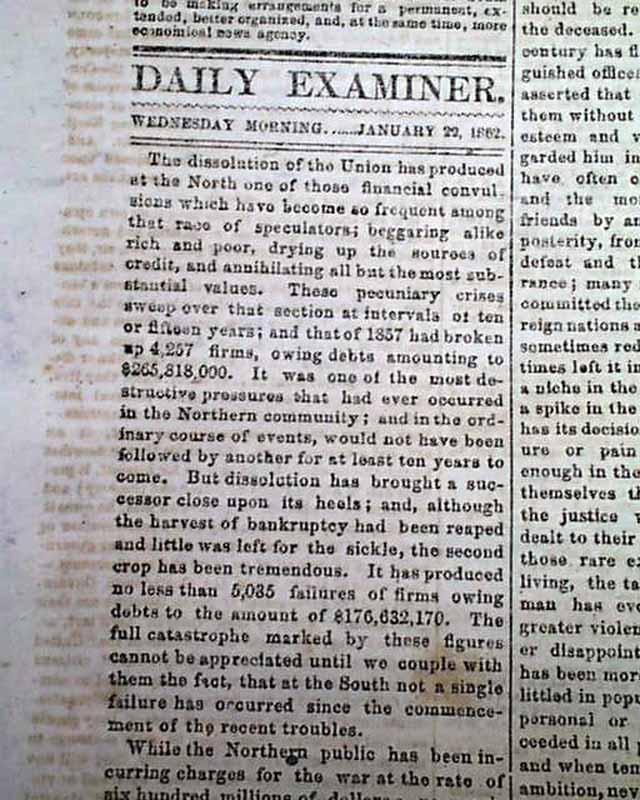 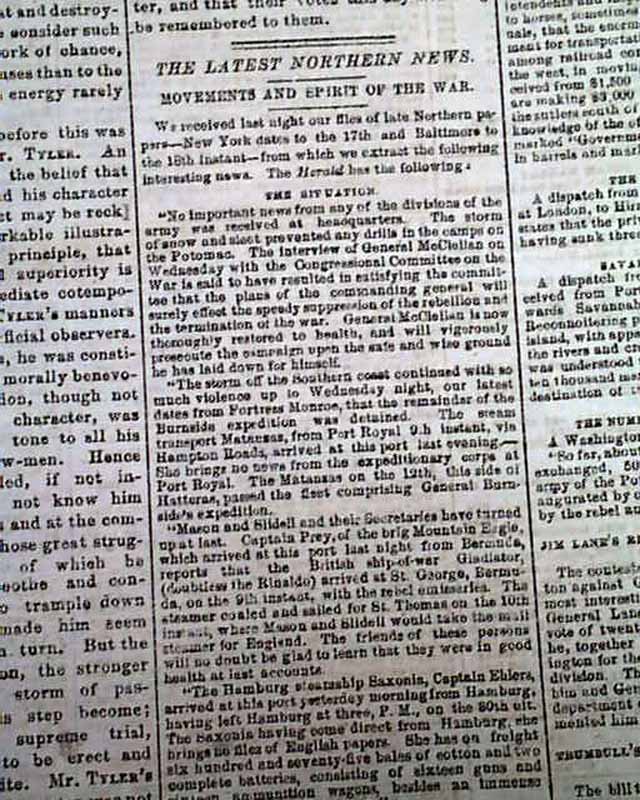 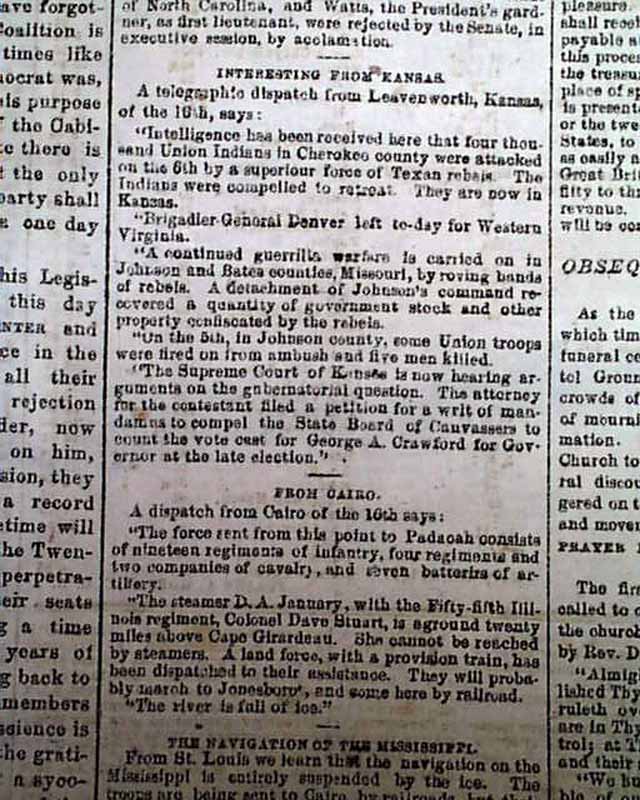 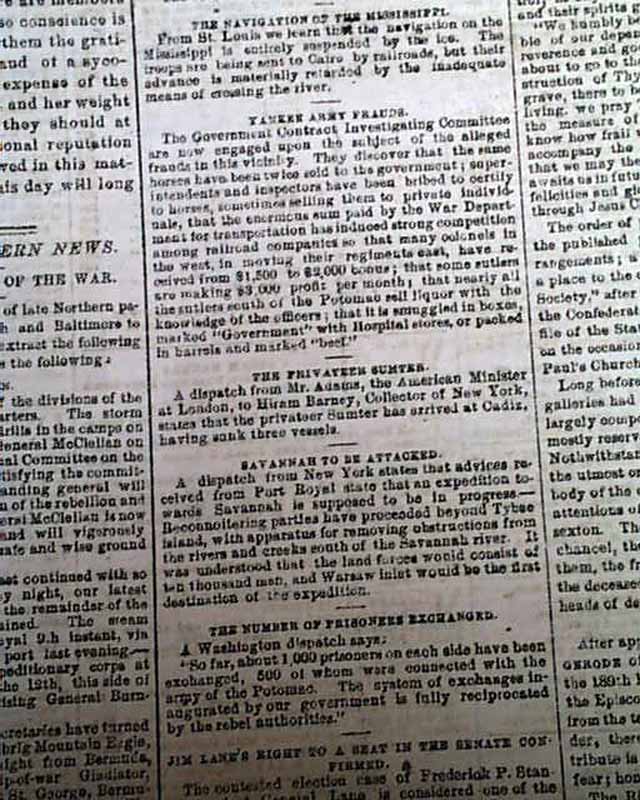 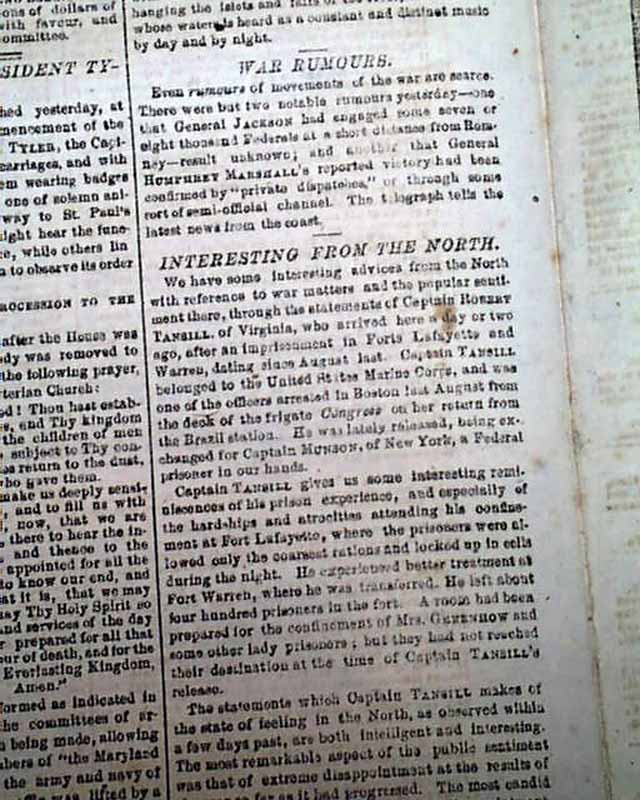 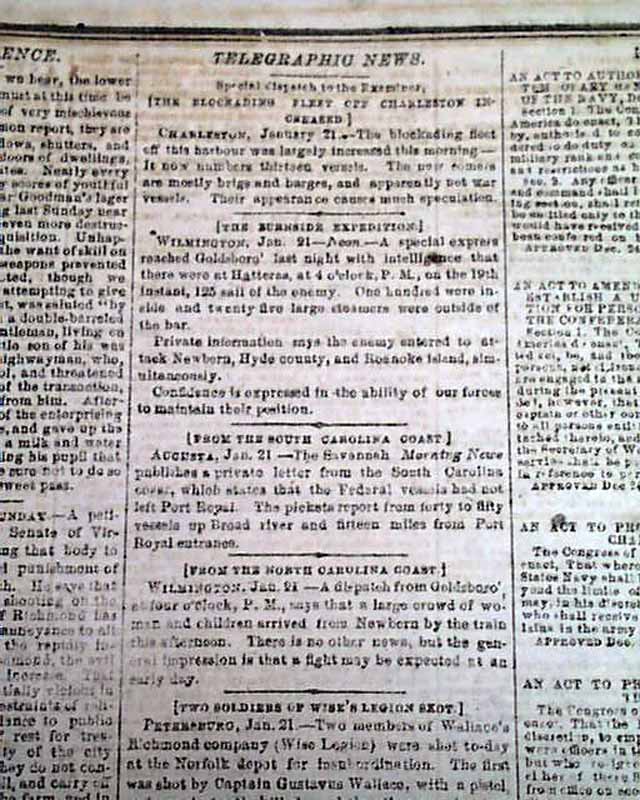