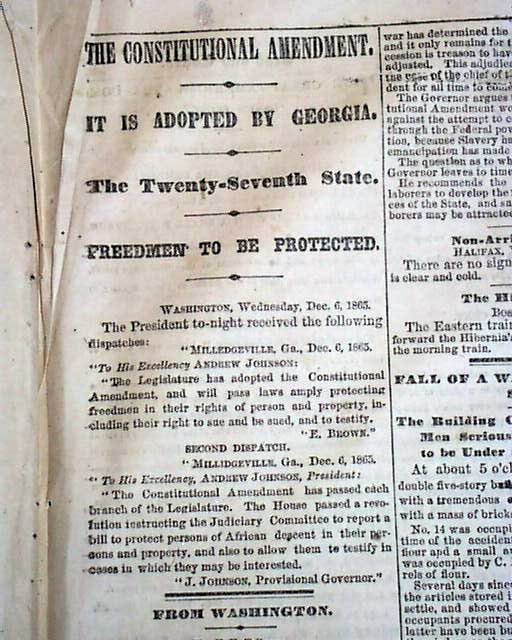 The top of page 7 has first column heads announcing the very historic report that the 13th Amendment, which ended slavery in the United States, became the law of the land when the required number of states ratified the amendment on December 6. The heads include: "THE CONSTITUTIONAL AMENDMENT" "It Is Adopted by Georgia" "The Twenty-Seventh State" "Freedmen To Be Protected" with the report being relatively brief, including two dispatches from the capital of Georgia announcing its passage by the state legislature.
A very notable and timely report as ratification happened just the day prior.
Complete in 12 pages, very nice condition.