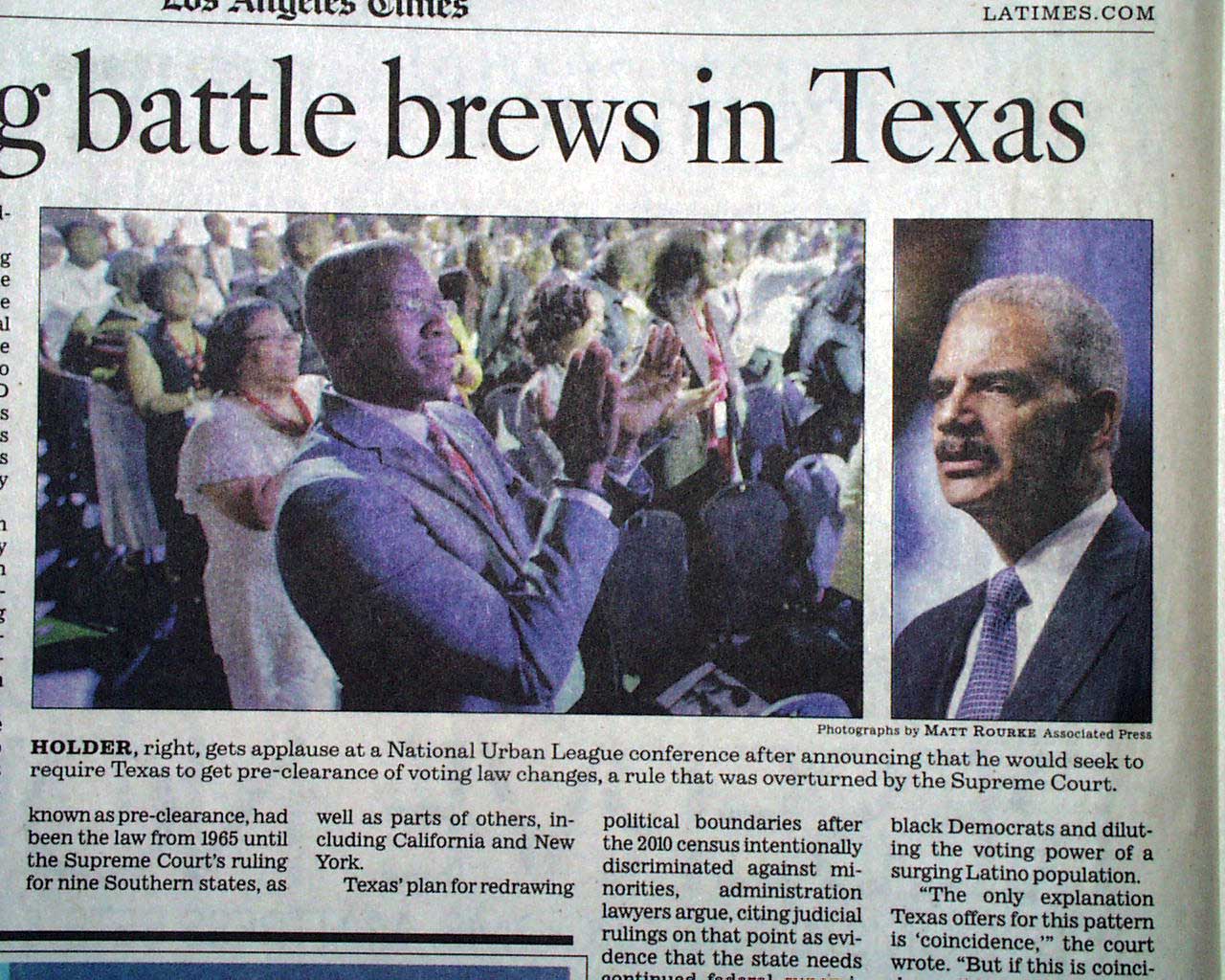 The front page has a small heading: "Feds want Texas voting oversight," which flags the lengthy page 12 article, "New voting battle brews in Texas," which discusses the Obama Administration's insistence that all proposed changes in Texas' voting procedures be submitted to Eric Holder's office for approval - creating a showdown between Texas and the State Department. Two photos are included. See images for details.
Other news of the day, sports, and advertisements are found throughout.
The issue is believed to be complete, but is being sold for the related content - which has been confirmed to be present. Very nice condition.