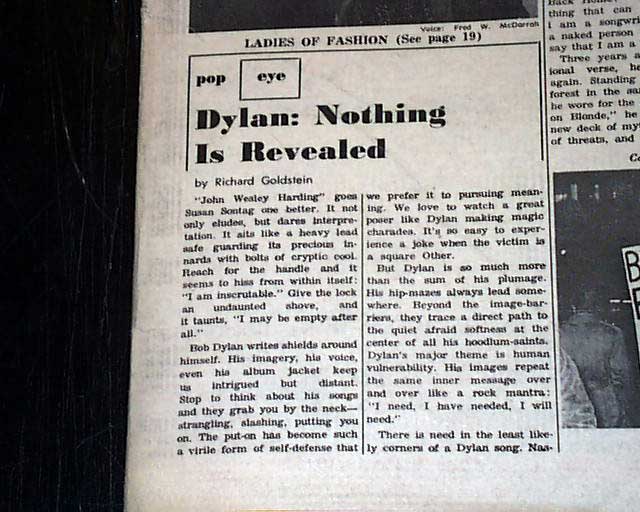 
THE VILLAGE VOICE, New York, Feb. 1, 1968  Beginning on the front page is a review of Bob Dylan's recently released album "John Wesley Harding", the article titled: "Dylan: Nothing Is Revealed".
The author Richard Goldstein takes a very extensive look at the music of Dylan with the review, and in particular the works in this new album, carrying over to take most of a page.
As most might be aware "The Village Voice" was an American news and culture paper, known for being the country's first alternative newsweekly. It introduced free-form, high-spirited, and passionate journalism into the public discourse a tradition it maintained throughout its 60+ year history.
Complete in 48 pages, tabloid-size, never bound nor trimmed, nice condition. 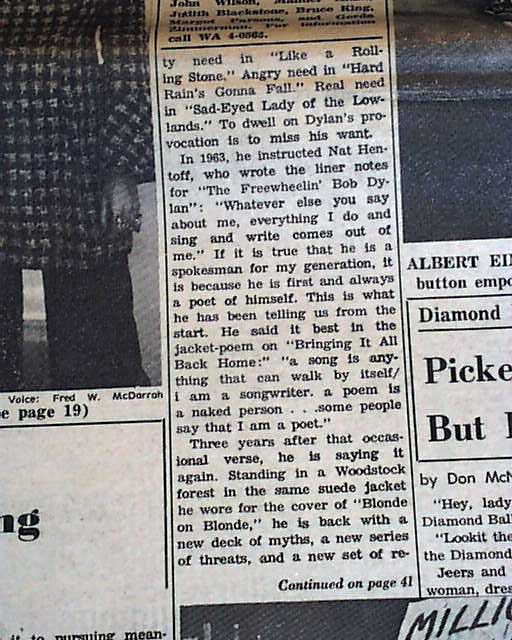 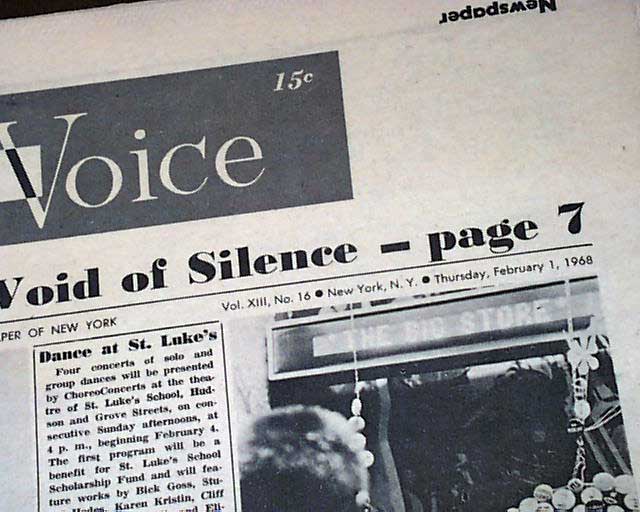 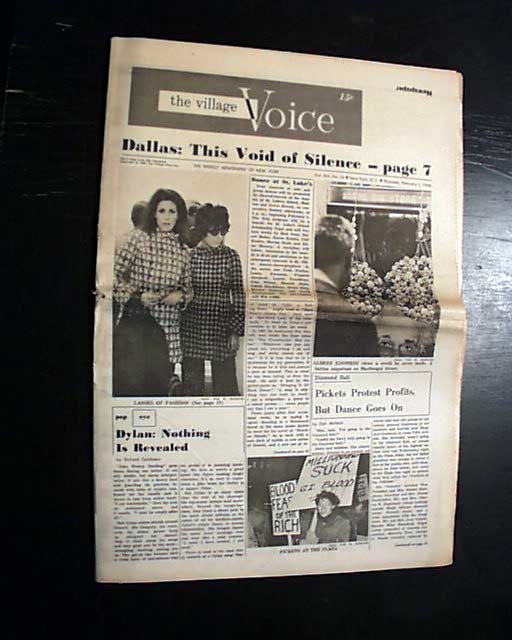 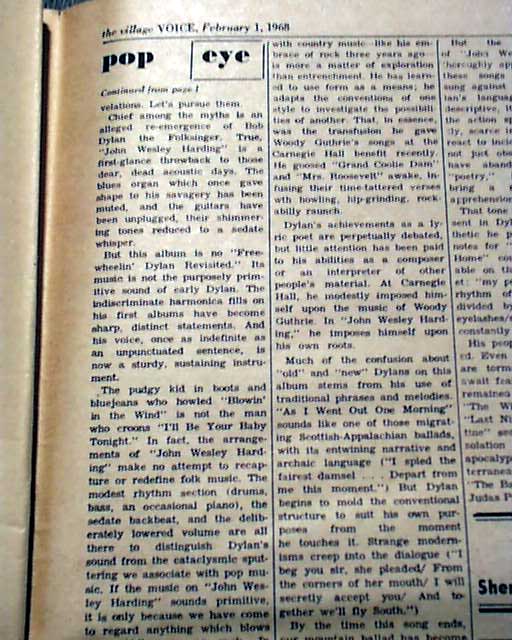 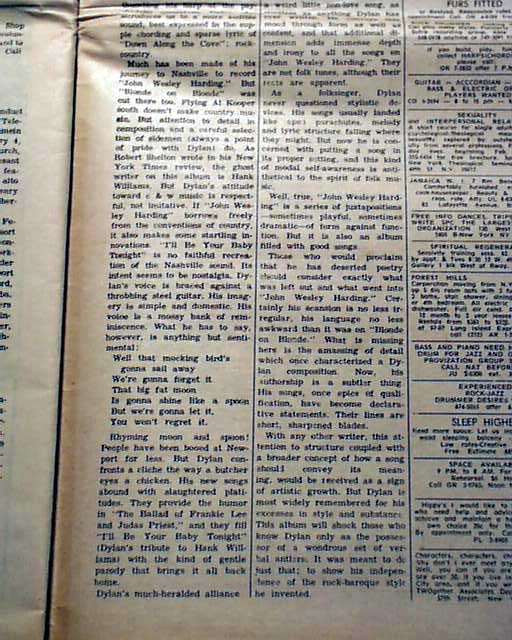 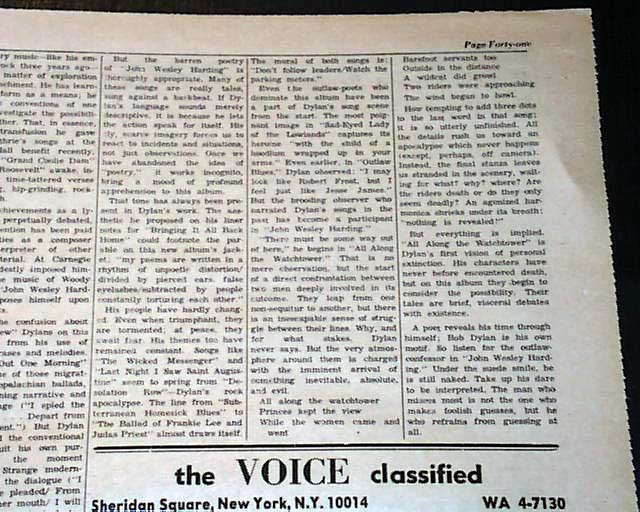 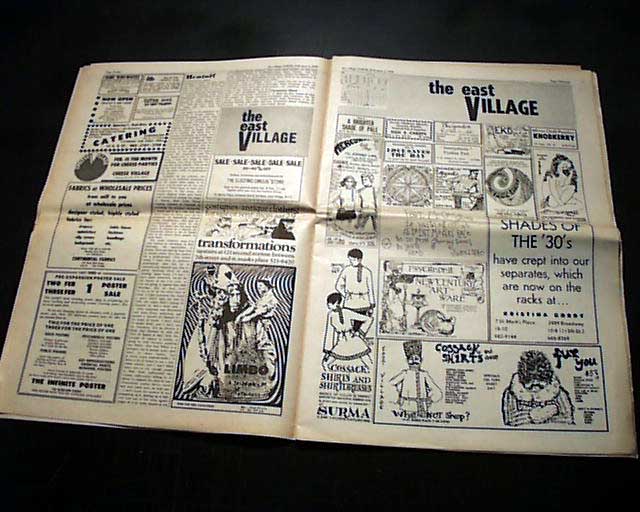