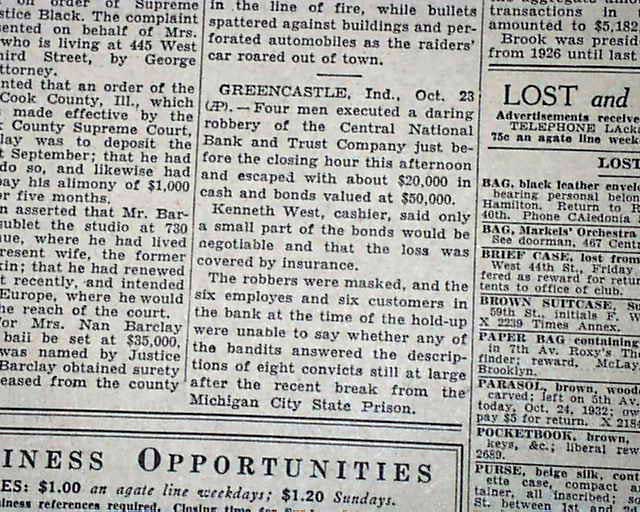 The back page has a small & discrete report from Greencastle, Ind. that begins with: "Four men executed a daring robbery of the Central National Bank and Trust Company...." (see) Unfortunate for the brief report here but still a first report in this famous publication.
Other news, sports and advertisement of the day. Complete in 44 pages, light toning at the margins, minor spine wear, generally in very nice condition.