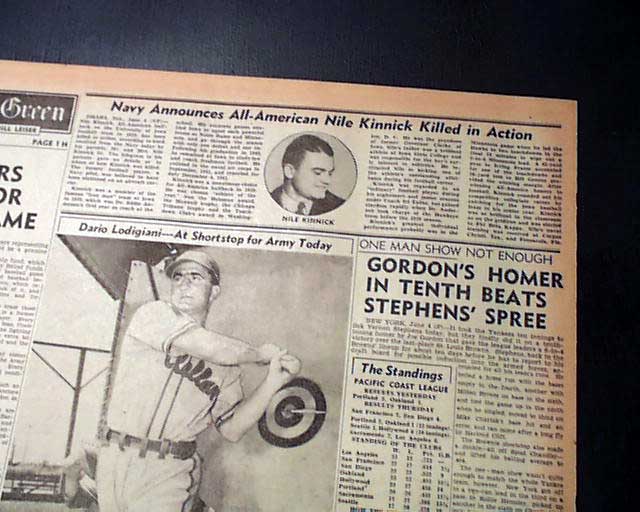 The top of the front page of the sport's section has a five column heading: "Navy Announces All-American Nile Kinnick Killed in Action" with small photo of Kinnick.
Complete with all 18 pages, light toning at the margins, small library stamp within the masthead, small address label on the front page, small binding holes along the spine, generally very nice.